[ The Korea Herald – Send E-mail ]
[Weekender] How cheese transformed a poor village: The story of Imsil Cheese
By Yoon Min-sik
Published : Feb 21, 2019 - 15:19
Updated : Feb 21, 2019 - 16:37
Imsil-gun, a tiny rural village in North Jeolla Province, is a town that most people in South Korea have heard of and precious few have visited. For starters, a trip there via public transportation is not easy.

It is secluded behind mountains and admittedly scenic rivers, crouching behind the slopes just a little over 20 kilometers from Jeonju. Stretched across 597 square kilometers of mostly farmland and home to a meager 29,160 as of 2019, it is, for the most part, but a tiny speck on the map.

But that speck has the scent of cheese, having earned its reputation as the country’s cheese mecca over the years. Imsil now doubles as the main producer of the domestically made Imsil cheese and a tourist site hosting Imsil Cheese Village and the Cheese Theme Park. 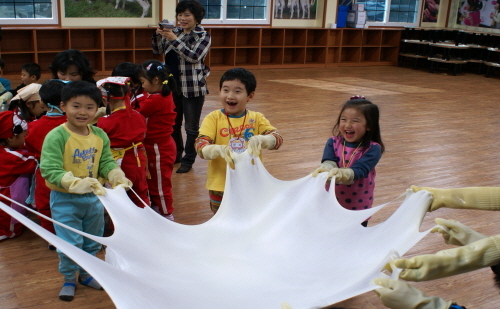 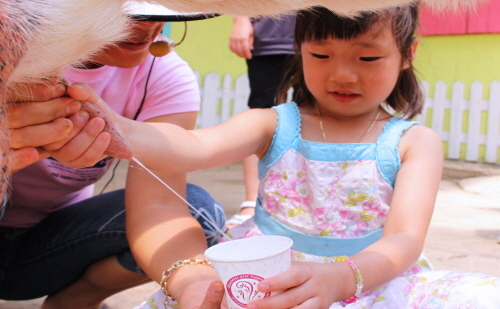 At the time, Imsil was an even smaller and poorer town, as its hills and barren lands were not the best place to grow crops. A little over a decade removed from the 1950-53 Korean War, the rural part of the country relied mostly on farming and raising livestock for a living.

What started out as a way to help the farm’s struggling business, a small cheese factory he built on a $2,000 loan from his parents, had soon expanded nationwide, with Imsil cheese making its way even to the top hotels and stores in Seoul. The product now has over 70 commercial brands associated with it.

Three years ago, the cheese pioneer was granted Korean citizenship, and he is now known as Father Chi Chong-hwan.

It takes well over three hours by bus or train from Seoul to reach Imsil. But from Jeonju, which has a KTX station, it takes only 15 minutes by train or half an hour by car. 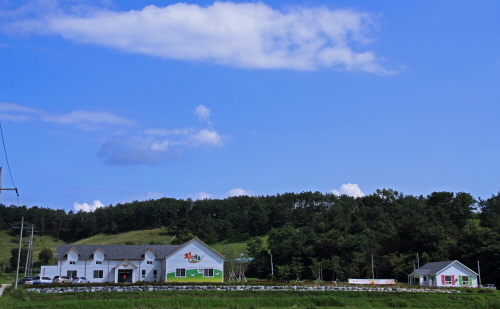 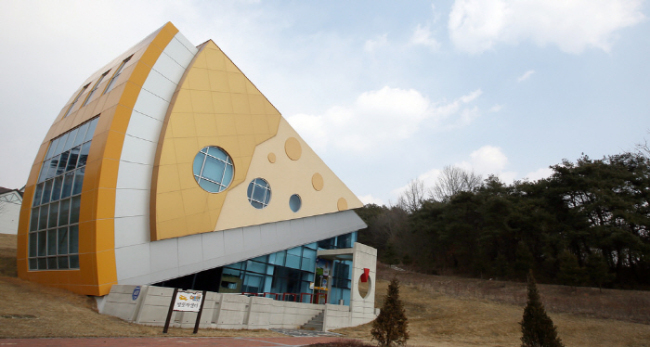 It offers a variety of workshops where visitors can experience making mozzarella, cheese sticks, pizzas, soaps, or the original Imsil cheese that the village is famous for. Fees for the workshops and packages vary between 10,000 ($8.90) and 32,000 won. 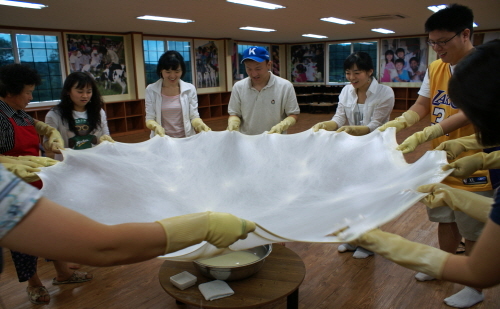 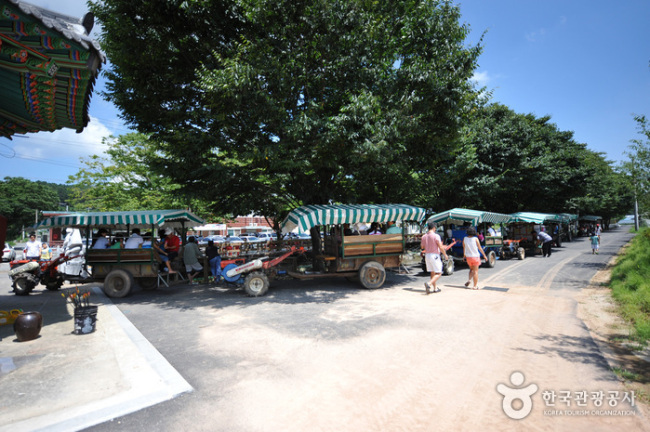 Visitors take part in hands-on programs on tractors at Imsil Cheese Village. / Korea Tourism Organization
At the Cheese Theme Park, there are packages that give participants a chance to make and package the cheese, as well as pizzas and other products, and tour the cheese-themed photo zones. The most expensive package, at 37,000 won per person, is the S course for groups of up to 40.

The park even offers lodgings at the aptly named “Cheese Pension,” although it doesn’t look anything like cheese. The place maxes out at around two dozen guests with just seven rooms.

An average of 60,000 to 70,000 tourists visit the cheese town of Imsil-gun every year, but it would be a stretch to say it is one of the most popular tourist spots in Korea. While Imsil cheese has expanded into a nationwide enterprise that brings in north of 10 billion won annually, Imsil itself is still a relatively small agricultural town.

Despite not being a prime tourist destination, there is no denying that Imsil has completed its transformation as a cheese town, a change that kicked off with a Catholic priest and the two goats he owned half a century ago.