Songzio Homme -- a contemporary menswear collection brand -- is currently looking into distribution channels, aiming to supply its products to the Chinese market by the second half of this year. The specific details have not been set yet. 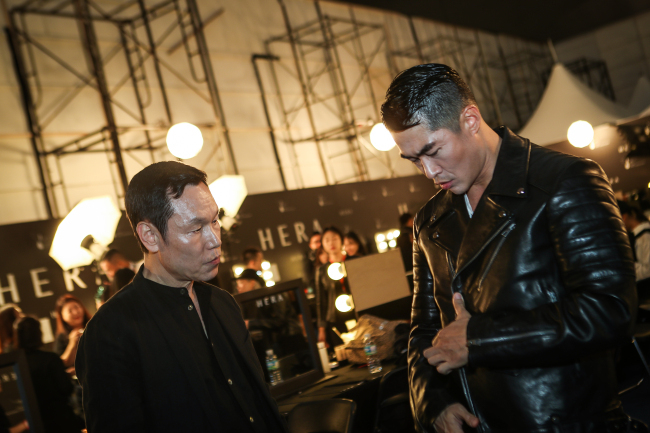 Designer Song Zio (left) with model-actor Bae Jung-nam at backstage of Seoul Fashion Week (Songzio)
The brand said it has had strong sales in department stores frequented by Chinese tourists, leadingit to believe its products are marketable in China.

As a seasoned designer and the former chairman of Council of Fashion Designers of Korea, Song stressed that the fashion industry should be more supportive of young designers with talent.

“We need to build a cultural movement where Korean designers can proudly display their identity and talent with support from not just the government but also from the industry,” the veteran designer said.

“The industry must value the role that creative designers play, instead of building businesses of replicas and fake fashion.”