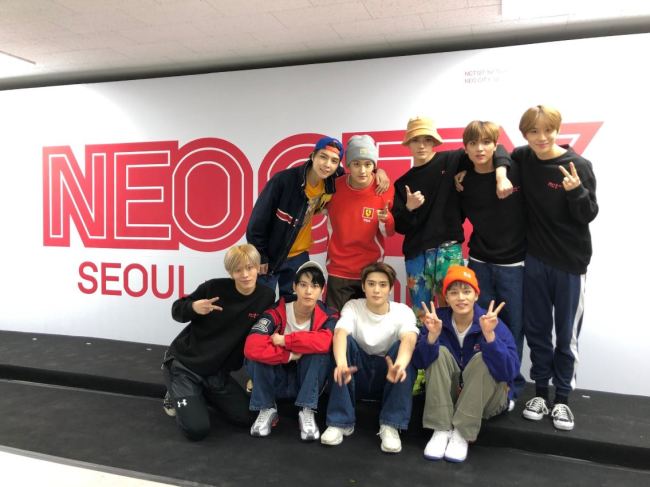 NCT 127 (NCT 127’s official Twitter @nctsmtown_127)
“This has been our dream since our trainee days. We’ve worked hard for this day to happen,” said band member Taeyong.

NCT 127 debuted in July 2016 as the Seoul-based subunit of NCT. Short for “Neo Culture Technology,” NCT is the “glocalization” venture of South Korea’s top music label S.M. Entertainment and comprises multiple subunits based in different international locales. The 10-member act wrapped up a successful year in 2018, with its US debut album “Regular-Irregular” making it to No. 86 on the Billboard 200.

In February the 14-show tour will move on to seven Japanese cities: Osaka, Hiroshima, Ishikawa, Hokkaido, Fukuoka, Nagoya and Saitama.