Kim has been focusing on introducing installations that present sounds and photographs he collected on-site. Through his site-specific soundscape project, Kim has been attempting to explore the history of locations and to make landscapes audible. The artist is best known for his work delving into the ecology of Nanji, a landfill-turned-park in Seoul. 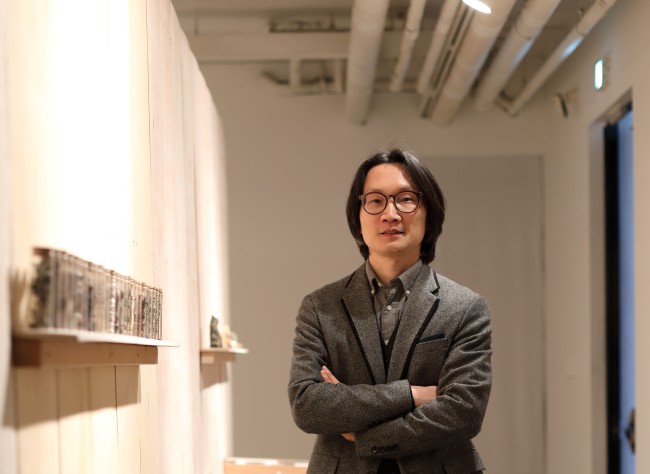 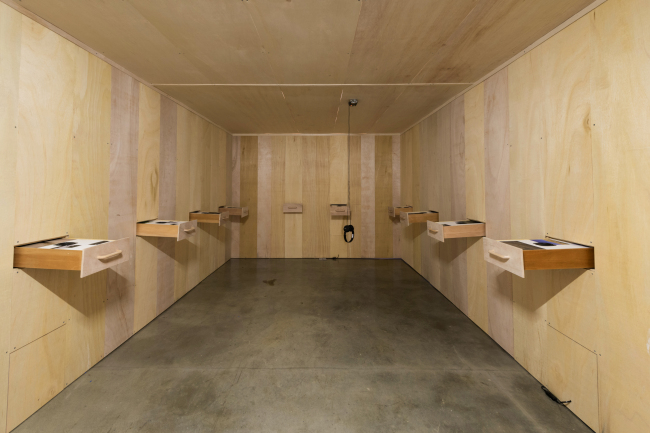 Kim’s 2018 installation work “Ecosystem” (SongEun Art and Cultural Foundation)
Kim graduated from Berlin University of the Arts with a degree in art and media. Kim was also a member of the Seoul Museum of Art’s artist residency program in Nanji from 2012-13, as well as the National Museum of Modern and Contemporary Art’s Goyang residency program in 2016.

The winner was announced after a series of reviews of four shortlisted artists by an 11-member jury. Kim submitted a total of three works for the award evaluation.

Kim’s 2018 work “Ecosystem: Signals of City, Signals of Nature” is a collection of the artist’s sound archives gathered over the last six years in both urban and rural areas around the globe. It presents the dichotomy between ecosystems in cities and rural areas through sounds. The installation also includes found objects, such as rocks and plants, from the areas he visited, as well as pictures of the sites, offering a multisensory experience.

Kim’s “Field Notes: Memories of Mountain,” is another installation comprising drawers equipped with speakers. The drawers have different sounds and images collected from less-popular rural areas in the Jeolla provinces, aimed at offering a nostalgic experience.

Meanwhile the artist focused on presenting noises that he captured in Seoul in “Empty City.”

As the grand prize winner, Kim received 20 million won ($17,800), while the three shortlisted artists each received 10 million won. The four artists are eligible to apply for the SongEun Art and Cultural Foundation’s residency 2019 at the Delfina Foundation in London.

The exhibition of the four artists’ works is being held at SongEun ArtSpace through Feb. 28. The SongEun Art Award, launched in 2001, highlights up-and-coming Korean artists.