South Korea will continue to push for signing with North Korea a declaration to formally end the Korean War this year amid concerns over slow progress, a government official said on condition of anonymity Thursday.

The government’s willingness to sign the declaration remains unchanged although the timeline has been delayed from what it had expected – by the end of last year, the official said. “We still believe that the agreement should be pushed ahead.” 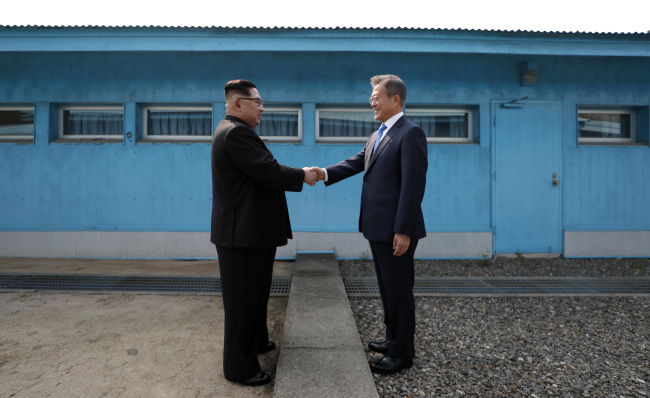 (Yonhap)
This echoes President Moon Jae-in’s remark on Thursday that the possibility of the declaration was being “kept alive.”

By officially announcing an end to the 1950-1953 Korean War, North Korea’s denuclearization plan will gain traction but the official expected a bumpy and long road ahead.

“It is a core step ahead of a formal peace treaty and early steps should be taken in order to provide an impetus for future negotiations.”

In the April summit between Moon and North Korean leader Kim Jong-un, the two sides made promises for peace, including to formally end the Korean War last year, but made only a vague commitment to “complete denuclearization of the Korean Peninsula,” without specifics on how that key goal would be achieved.