The country’s first apartment block was built as housing for employees of a construction materials maker in 1956. At the time, this type of building was a sight most had only heard or read about. Apartment construction sites were unusual enough to warrant a visit by the president in the 1950s.

Since then, apartments have become the most visible, preferred and coveted form of residence. 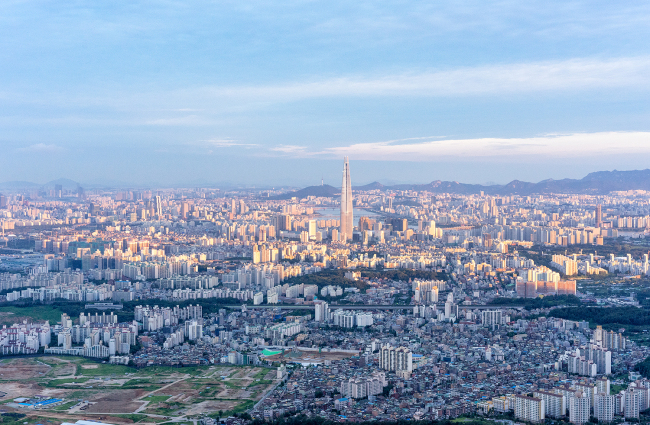 The apartment complexes have evolved over the years, with the more modern complexes resemble self-contained communities, complete with their own libraries, shops, senior citizens‘ centers and even day care centers exclusive to the residents of the complex.

Stories of farmers becoming millionaires almost overnight thanks to the compensation he received after his land was used to build an apartment complex are repeated like fables. For many Koreans, the likelihood of an apartment’s price rising takes priority over other factors such as the state the property is in.

Apartment prices in Seoul have increased relentlessly over the years to the point that buying a property in the capital without significant help from one’s parents is considered an impossible task by many young people.

According to government data, the average annual income of city dwelling Koreans stood at about 34.75 million won last year, while the average price of an apartment in Seoul was nearly 24-fold standing at 804 million won.

Despite the barriers presented by the disparity in average income and average apartment prices in Seoul, Koreans continue to pin their financial hopes on apartments.

The hopes many pin on making a profit from an apartment is so great that terms such as “lotto apart (apartment)” is commonplace, and illegal real estate brokers pop up in areas considered likely to see big price hikes.

Apartments – the price of a property, as well as its location – have also become a status symbol, much like the way high-end automobiles hint at the owners’ income.

Apartments also play a major role in Korean politics. Real estate policies, more precisely those aimed at curbing the rise, are major focal points in almost all election campaigns, from presidential elections down to those for local government seats.

Politicians and candidates for top-level government posts have fallen from grace over alleged real estate speculation, while the approval ratings of presidents – no matter how popular they otherwise are – can take serious damage if prices rise too fast, or even when measures devised to curb the rise are considered too heavy.