According to investigators, a fire broke out after an explosion at around 6:50 a.m., causing first- and second-degree burns to the two victims, aged 60 and 50. 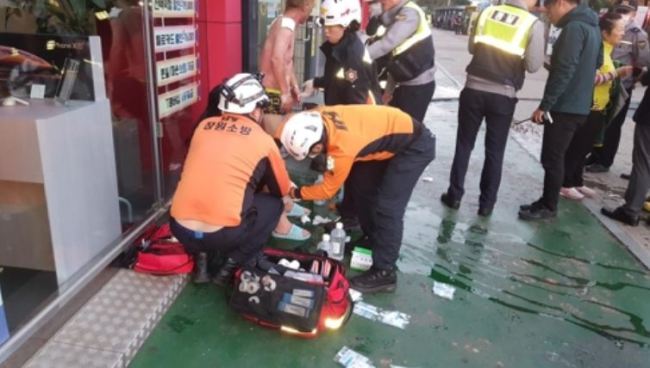 Victims being treated for burns (Yonhap)
The injured workers were immediately taken to hospital, where they are still being treated in the burn unit, according to reports.

Firefighters were able to extinguish the fire within 10 minutes of arriving at the scene. Authorities said they believe the explosion was caused by a propane gas leak in the basement.