South Korea's science ministry said Sunday it will launch a small satellite from an air force base in the United States later this month to conduct scientific research.

The Ministry of Science and ICT and the Korea Advanced Institute of Science and Technology will jointly launch the 100 kilogram satellite from Vandenberg Air Force Base in California at 3:32 a.m. (Korean time) on Nov. 20. 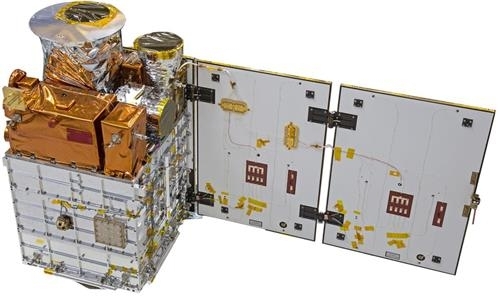 (Yonhap)
The satellite, developed by KAIST from 2012-2017, will travel at an altitude of 575 km above the ground for the next two years to measures space radiation and observe stars' infrared rays, the ministry said.

The satellite arrived at the launch site on Oct. 21, completed pre-launch testing and has been filled up with fuel, it noted. (Yonhap)