A zoo displayed four Siberian tiger siblings, born in May this year, to the public on Friday as part of efforts to preserve the endangered species.

The cubs were born at the zoo of Seoul Grand Park to a couple of Siberian tigers with internationally accredited pedigrees -- a 8-year-old male named Joseph and a 9-year-old female named Penza.

It was the first time since 2013 that Siberian tigers had been born at the zoo. The simultaneous birth of four tigers was a rare case, given that tigers usually give birth to two or three cubs at a time. 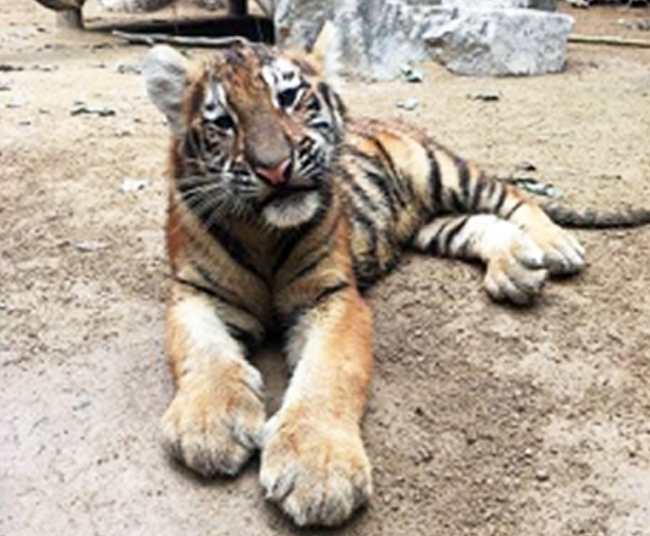 (Yonhap)
Siberian tigers, also called Mount Paekdu tigers, were last captured in the wild on the Korean Peninsula in 1921. There are 50 Siberian tigers in zoos in South Korea.

The Seoul Grand Park zoo alone has 21 Siberian tigers comprising seven males and 14 females -- not including the new cubs.

The pedigree of Siberian tigers is recognized through the International Tiger Studbook run by the World Associations of Zoos and Aquariums. The South Korean zoo completed the registration of the four tiger cubs in the studbook on Sept. 28.

The cubs, weighing about 20 kilograms each on Aug. 24, have now grown to 30 kilograms. (Yonhap)