The 27-year-old from Honolulu said he had been pondering about going public for some time before telling the world he is gay.

"I thought that I didn't need to come out because it doesn't matter if anyone knows," Fujikawa wrote. "But I remember how much other's stories have helped me in my darkest times to have hope. I spent way too long pretending, hiding, and hating who I was. 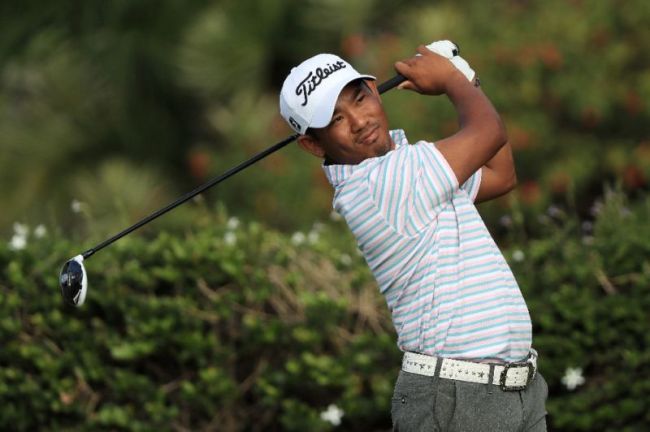 Tadd Fujikawa`s last PGA Tour appearance came at the 2017 Sony Open (AFP)
"I was always afraid of what others would think/say. I've struggled with my mental health for many years because of that and it put me in a really bad place.

"Now I'm standing up for myself and the rest of the LGBTQ community in hopes of being an inspiration and making a difference in someone's life."

Fujikawa made the cut in his hometown PGA event, the Sony Open in Hawaii, in 2006 as a 16-year-old amateur, shooting 66 in the second and third rounds on his way to sharing 20th.

Only China's 14-year-old Guan Tianlang, who was 58th at the 2013 Masters, and 15-year-old Canadian Bob Panasik, who shared 66th at the 1957 Canadian Open, made a PGA cut while younger than Fujikawa.

Fujikawa has competed in 17 US PGA events, the most recent of them last year as a Sony Open qualifier. He played five pro events last year in Canada and last year captured the Hawaii State Open, his first pro victory in seven years.

Fujikawa said he wanted to champion acceptance for gay children, teens and adults in society, saying, "I will continue to do my best to bring more awareness to this issue and to fight for equality. We must liberate and encourage each other to be our best selves, whatever that may be.