A patient in Seoul was diagnosed on Saturday with the first case of Middle East Respiratory Syndrome in South Korea since 2015.

The 61-year-old man, whose personal information was withheld for privacy reasons, was diagnosed with the disease at about 4 p.m. Saturday, the Korea Centers for Disease Control and Prevention said.

It is the first case of MERS diagnosed in South Korea since 2015, when an outbreak killed 38 people and triggered widespread panic. 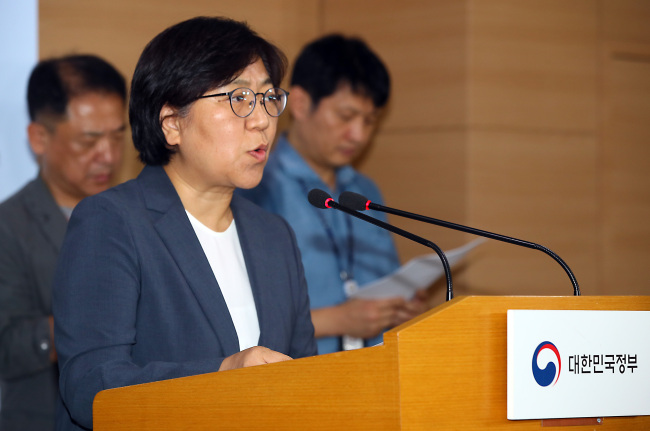 According to the KCDC, the man took a business trip to Kuwait from Aug. 16 to Sept. 6 and returned home via the United Arab Emirates on Friday. He visited a local hospital during his stay in Kuwait for diarrhea but showed the same symptom again on his way back home. He was rushed to the emergency room of Samsung Medical Center in southern Seoul upon his arrival at Incheon International Airport.

The Samsung hospital checked the patient in an isolated section of the emergency room and reported him to the health authorities as a suspected case of MERS for showing symptoms of fever, phlegm and pneumonia. He was then moved to Seoul National University Hospital in central Seoul and tested positive for the disease.

"The man currently is not in a critical condition and does not have such symptoms as shortness of breath and a decrease in blood pressure, but we have to watch him closely because his conditions may deteriorate in the next one to two weeks judging from our experiences from the previous outbreak," Kim Nam-jung, a doctor treating the patient at the SNU Hospital, said.

MERS is a viral respiratory disease with a fatality rate of 20-46 percent. It is caused by a novel coronavirus carried by camels and can be spread when someone is in close contact with a patient for a sustained period.

A total of 20 people, including flight attendants and medical staff, are under isolation at home for coming in close contact with the patient, but the number could rise in the future, the KCDC said.

"We don't see that the patient was exposed much to regional society since he was isolated upon his arrival at the Samsung hospital," Jeong Eun-kyeong, director of the KCDC, said during a press briefing at the Central Government Complex in Seoul. "We'll do our best to investigate and manage people who contacted him in order to prevent any secondary infections."

As part of efforts to effectively control the new outbreak, the government raised the status of the KCDC to that of a vice-ministerial level organization.

Prime Minister Lee Nak-yon instructed the Ministry of Health and Welfare to do all it can do to prevent the possible spread of the viral respiratory disease.

"We should prevent the possible spread of MERS by quickly and thoroughly conducting an epidemiological investigation," Lee told the health minister after being briefed on the new outbreak.

Lee will preside over an emergency meeting of relevant ministers to discuss measures to prevent the disease's spread on Sunday afternoon, according to his office. (Yonhap)