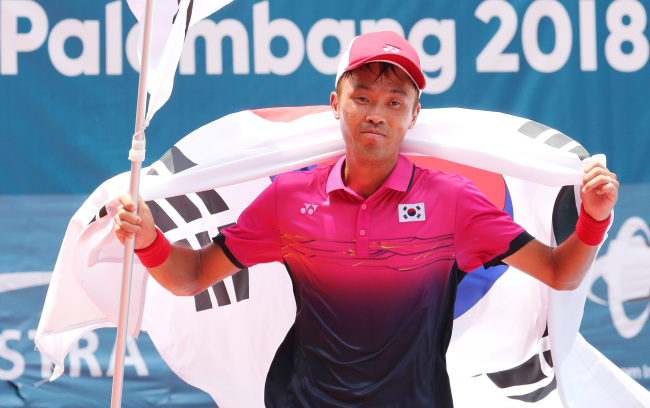 (Yonhap)
Kim, who topped the 2015 World Championships, stormed into the final by beating his South Korean compatriot Kim Dong-hoon, a bronze medalist at the 2014 Incheon Asian Games. Before that, he edged North Korea's Ri Chung-il in the quarterfinals.

Meanwhile, Kim Ji-yeon failed to medal in the women's singles.

She lost to Noa Takahashi of Japan 4-3 in the quarterfinals.