The event, which takes place Friday and Saturday, will include lectures, exhibitions, and contemporary and classical music performances. 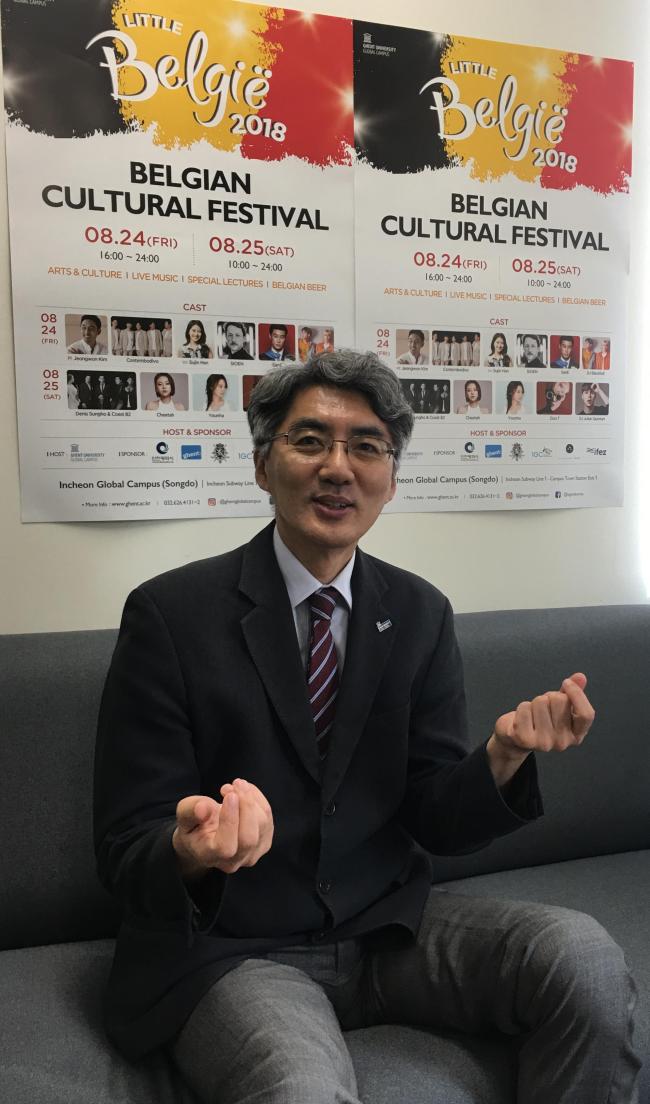 Han Tae-jun.
“I am very happy that the Ghent University Global Campus is playing a leading role in the first Belgian cultural festival to be held in Korea,” Han said. “The festival was organized to provide an opportunity to improve understanding, exchange and cooperation between Belgium and Incheon.”

Han added that Belgium represented a good role model for Korea in terms of planning national development, and that the upcoming event would contribute to Incheon’s cultural scene.

“The event’s program follows the theme of ‘Little Belgium’ to enable the participants to become more familiar with Belgium by experiencing various areas of Belgium’s culture such as education, traveling, literature, arts, food and cinema,” Han said.

Han also expressed hope that the festival would help to establish a unique “college culture” in Songdo. The planned community within Incheon hosts a number of university campuses, including leading Korean institutions such as Yonsei University and the Catholic University of Korea as well as overseas campuses of the State University of New York and the University of Utah.

“If the opportunity arises, (I) will try to make Incheon a center of culture festivals for universities by arranging events involving institutions from neighboring nations, and those from the Americas and Europe,” he said.

Regarding the Ghent University Global Campus, Han said a comprehensive development plan would be in place by October.

According to Han, this will include measures to improve conditions for students and staff members at the institution as well as its research capabilities and its finance and administration capabilities.