Chung Dong-young, who was elected as the party chairman Sunday, plans to apply for permission when he meets with Unification Minister Cho Myoung-gyon in the afternoon, the aide said. 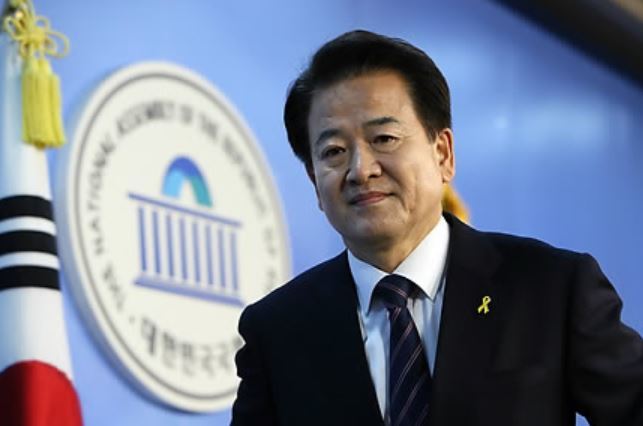 This file photo shows Chung Dong-young, the new chairman of the minor opposition Party for Democracy and Peace (Yonhap)
Chung served as unification minister under the administration of late former liberal President Roh Moo-hyun when the Kaesong Industrial Complex opened in 2004. Seoul shut down the complex in February 2016 in response to North Korea's nuclear and missile tests.

The aide said that Chung talked about the issue when President Moon Jae-in called him early this week to offer congratulations on his election as party leader.

"Chung told Moon that he will soon apply for the visit when he meets with Minister Cho and asked for support. President Moon positively responded to him," the official said.

The Moon government is seeking rapprochement with North Korea, but it remains cautious about the resumption of the factory zone due to international sanctions.

The unification ministry handling inter-Korean affairs said that it will take into account necessary factors and hold close consultations with relevant agencies to determine whether to allow Chung's trip to the Kaesong industrial park.

The ministry earlier rejected a request for a trip to Kaesong by a group of people who used to do business there. They wanted to examine facilities that they left behind. (Yonhap)