[ The Korea Herald – Send E-mail ]
5 must-see exhibitions to stay cool in summer
By Chyung Eun-ju
Published : Jul 30, 2018 - 17:25
Updated : Jul 31, 2018 - 17:04
As the summer weather turns sultry, exhibitions can provide a cool escape. Recent exhibitions in Seoul have been creating hype as renown and talented artists take over the local art scene. 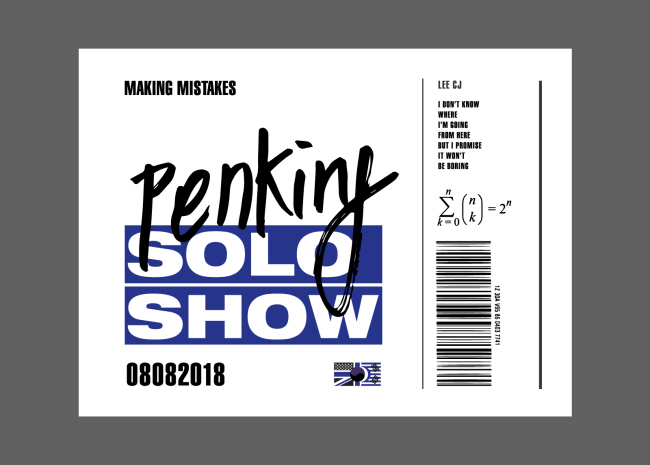 (WTFM)
Up and coming artist Penking is set to exhibit his black comedy art at Backroom in Hannam-dong, Seoul. His work reinterprets the fable of the rabbit and the turtle, questioning if earnest hard work can still lead to success amid the “fourth industrial revolution.”

Penking sends a strong message that creativity is the only element that cannot be taken away by technology. The artworks depict the oscillation between naivete and knowingness as Penking questions if the turtle would still win the race under modern-day circumstances.

His spontaneous sense of composition suggests that creativity comes from simply enjoying life rather than working like a machine.

Penking has collaborated with fashion labels such as bySeries and New Balance and has painted a mural at Samgakji Station under the direction of the creative agency WTFM. The contemporary artist currently collaborating with NBA Apparel. 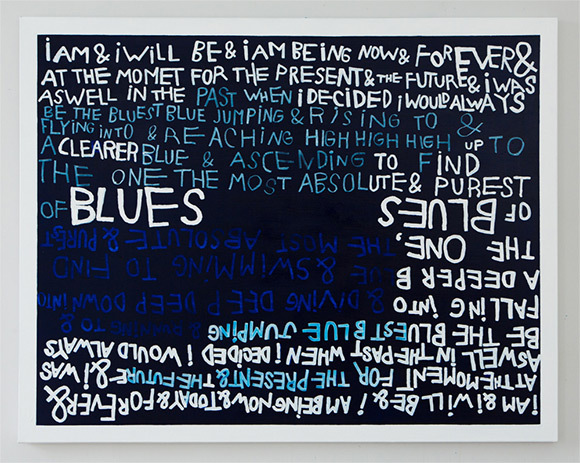 (Daelim Museum)
For the first time in Asia, young art star and Gucci collaborator Coco Capitan will exhibit around 150 artworks that freely express herself through scrawled handwritings, paintings, photographs and installations at Daelim Museum in Jongno-gu, Seoul.

Her slogans “What are we going to do with all this future?” and “Common sense is not so common” sympathizes with the millennial generation as they reflect on what will come next and what the future really is about. Capitan is known for her soft and warm photography, her writings that are a mix of irony and sincerity, and her paintings that are inspired by her personal experiences.

The Spanish photographer has become one of the most popular collaborators in fashion, working for publications such as Dazed and Confused, Garage and Vogue as well as brands like Miu Miu, Paco Rabanne and Mulberry. 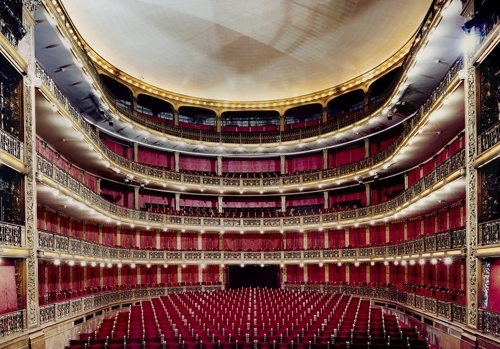 (Kukje Gallery)
Twenty-one photographs of empty spaces portraying monumental grand rooms with detailed ornamentation are being exhibited at one of Korea’s leading galleries, Kukje Gallery in Jongno-gu, Seoul. The internationally celebrated photographer Candida Hofer focuses on unique architectural interiors of major private and public institutions such as theaters, opera houses, libraries and museums around the world.

Candida reinterprets interactions between humans and spaces from a modern viewpoint by shooting a space that moves her heart. She uses only natural light in spaces imbued with aristocratic history but devoid of human presence. After shooting, her pieces go through rigorous editing but she refrains from digitally manipulating her photographs.

Her works have been displayed around the world. She was the recipient of the Outstanding Contribution to Photography award by the Sony World Photography Awards in April 2018. Her works can be spotted in major collections such as the Museum of Modern Art in New York, Centre Pompidou in Paris, Centro de Arte Reina Sofia in Madrid and Museo Guggenheim Bilbai, among others. 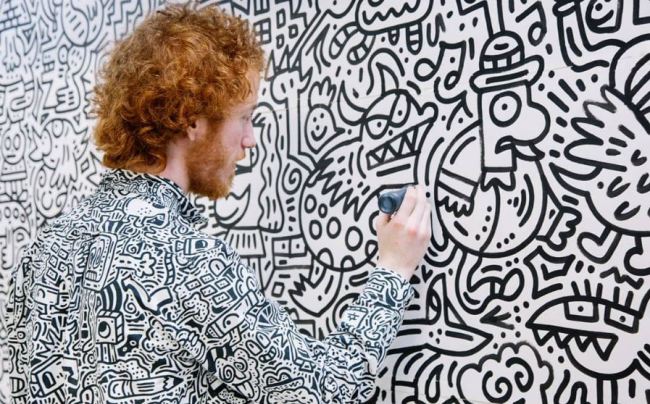 (Instagram)
British artist Sam Cox, also known as Mr. Doodle, opened “Doodle World” in Ara Art Center in Insadong, Seoul. Quirky doodles are displayed on furniture, walls and installations. His work is often described as “Graffiti Spaghetti” because the bold black lines twist and tangle over each other.

There are around 700 works displayed in the exhibition, with pieces that are characterized by sheer busyness packed with strange symbols, odd characters and lines. His exhibition also features artwork drawn on Samsung devices. Visitors can take selfies with the Galaxy Note8 and decorate the pictures with Mr. Doodle’s artwork.

The artist gained 36 million views when he transformed Appear Hear’s pop-up store into a massive doodle installation, leading to collaborations with brands such as Macy’s, MTV, New Balance, and Samsung. 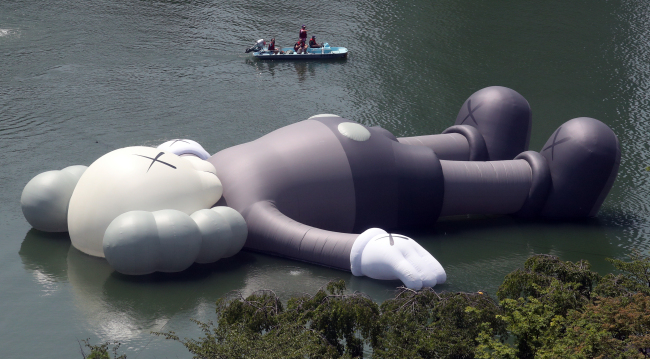 (Yonhap)
Facing the sky, a large-scale sculpture with arms spread out has overtaken Seokchon Lake in Jamsil, Seoul, near the country’s tallest skyscraper Lotte World Tower.

The sculpture, the signature character of KAWS, Companion, is 28 meters long, 25 meters wide and 5 meters high. Surrounding the installation is a seating area with themed parasols and beach chairs. Items such as a KAWS replica bath toy, a floating bed, T-shirts, umbrellas and towels are set up for visitors to escape the heat.

Brian Donelly, professionally known as KAWS, also lit up the skyscraper with his signature “XX” motif in unique digitized versions in collaboration with Lotte and AllRightsReserved.

Donelly is a New York-based artist who became famous for his designs of limited-edition toys and clothing. He started his career as a graffiti artist before focusing on subverting images on bus shelters, phone booth advertisements and billboards. KAWS recently designed toys and clothing for Nike, Vans, Comme des Garcons and other well-known brands.