[ The Korea Herald – Send E-mail ]
English kindergartens more expensive than ordinary college in Korea
By Chyung Eun-ju
Published : Jul 24, 2018 - 13:12
Updated : Jul 24, 2018 - 13:12
The average monthly tuition fees for “English language-oriented” kindergartens is around 1 million won ($900) which is double the amount of college tuition fees in the nation, according to experts. 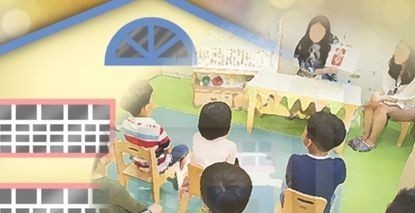 (Yonhap)
The educational campaign group World Without Worries About Shadow Education said Monday that there were 251 English academies for toddlers in Seoul that operated longer than the half day program of 3 hours in 2017, which is 14 places more than in 2016.

Gangnam-gu and Seocho-gu were the districts with the most English academies for toddlers, with a total of 66 academies. The lesson time is around an average of 5 hours a day.

Gangnam-gu was found to be the place with the most expensive yearly lesson fees, with some academies charging over 25 million won a year.

WWWSE called on the government to do a factual survey and improve information systems in order to know what classes go on the academies as the class times continue to increase.

The Ministry of Education unveiled a reform plan for education of preschool children that proposed a ban on extracurricular English language education on Dec. 27, but thae ban has been postponed due to the heated opposition from parents.