WASHINGTON -- US President Donald Trump said Tuesday that there is "no time limit" on dismantling North Korea's nuclear weapons program, appearing to take a step back from earlier demands for immediate denuclearization.

Trump's remarks came a month after his historic summit with Kim Jong-un, during which the North Korean leader committed to work toward the "complete denuclearization" of the Korean Peninsula in exchange for security guarantees from the United States.

"We have no time limit. We have no speed limit. We're just going through the process," Trump told reporters at a meeting with members of Congress at the White House.

The president struck a markedly different tone from early this year when he accused past administrations of engaging in step-by-step negotiations with North Korea that ultimately collapsed and allowed the regime to buy time to build its nuclear arsenal.

Trump declared after his summit with Kim that the North Korean nuclear threat is over, a statement several of his top aides later walked back. 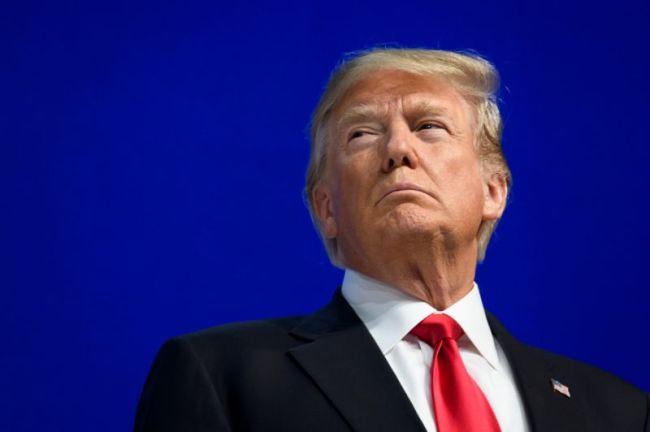 US President Donald Trump (AFP)
"Discussions are ongoing, and they're going very, very well," he added. "We have no rush for speed. The sanctions are remaining.

There has been growing skepticism about North Korea's seriousness about denuclearization in the weeks following the summit. Multiple news reports have cited US intelligence as showing the continued expansion of North Korea's nuclear and ballistic missile facilities, feeding suspicions that Pyongyang is trying to dupe Washington.

Trump said the need for North Korea to remove its nuclear weapons was a major topic of discussion during his meeting with Russian President Vladimir Putin on Monday.

"Russia has assured us of its support. President Putin said he agrees with me 100 percent, and they'll do whatever they have to do to try and make it happen," he said.

US Secretary of State Mike Pompeo met with North Korean officials in Pyongyang earlier this month to try to flesh out the summit agreement between Trump and Kim. He later reported progress but also acknowledged a lot of work remained to be done, including on the issue of setting a timeline for denuclearization.

The most recent mention of a fixed deadline came from US National Security Adviser John Bolton, who said days before Pompeo's trip that he expected the top US diplomat to discuss with the North Koreans a plan to dismantle the regime's nuclear and ballistic missile programs in a year.

It isn't the first time Trump has hinted that talks with North Korea could continue for a while.

Speaking at a press conference with British Prime Minister Theresa May last week, he said the negotiations are "probably a longer process than anybody would like."

And in an interview with CBS shortly before Monday's meeting with Russian President Vladimir Putin, he said the North Korean nuclear threat is a decades-old issue.

After the summit with Putin, Trump told Fox News: "We have time. There's no rush."

Analysts have noted that Trump may have come to terms with North Korea's track record of dragging its feet to maximize its rewards and doesn't want to enter into a problematic deal ahead of the US midterm elections in November. (Yonhap)