A joint military exercise between the United States and South Korea scrapped after President Donald Trump griped about "tremendously expensive" military drills would have cost around $14 million, US officials told Reuters on Friday.

The Pentagon announced last month that it was indefinitely suspending the Freedom Guardian military exercise in support of the Singapore summit between Trump and North Korean leader Kim Jong-un.

Trump repeatedly touted the cost savings that would come with his decision to stop "the war games," in a surprise concession to Kim at the June 12 summit to discuss Pyongyang's nuclear disarmament. 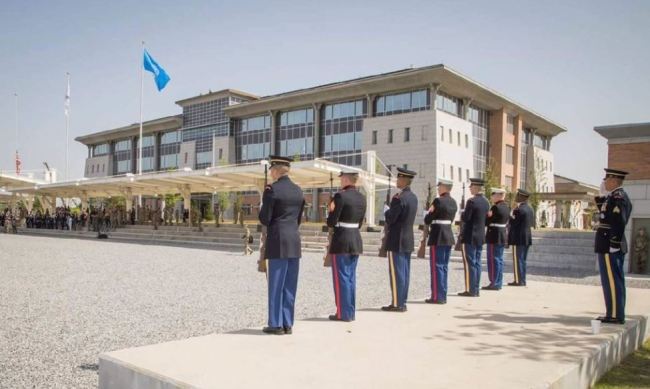 The officials, speaking on the condition of anonymity, did not provide details on the cost breakdown or the specifics of what was included. The Pentagon has not divulged the total cost of the multiple drills staged each year by the US and South Korean armed forces.

Calculating the cost of military exercises is a complicated process, often requiring data from different branches of the military and spread over several budgets over different years.

Last year, 17,500 American troops and more than 50,000 South Korean troops joined the Freedom Guardian drills, though the exercise is mostly focused on computerized simulations rather than field exercises.

The $14 million price tag compares with a recent contract awarded to Boeing Co for nearly $24 million for two refrigerators to store food aboard Air Force One, the presidential plane. The contract has since been canceled due to possible delivery of an updated Air Force One aircraft.

"We save a fortune by not doing war games, as long as we are negotiating in good faith - which both sides are!" Trump said on Twitter last month.

The decision to halt military exercises in South Korea has bewildered many current and former US defense officials, who only learned about it when Trump made his remarks. (Reuters)