Prosecutors on Thursday requested a 12-year jail term for former President Park Geun-hye for taking bribes from the national spy agency. They also demanded she be fined 8 billion won ($7.38 million).

Park, 66, is serving a 24-year sentence over a separate corruption case that led to her ouster.

In January, prosecutors additionally charged Park for accepting 3.65 billion won from the National Intelligence Service during her term and using it personally. 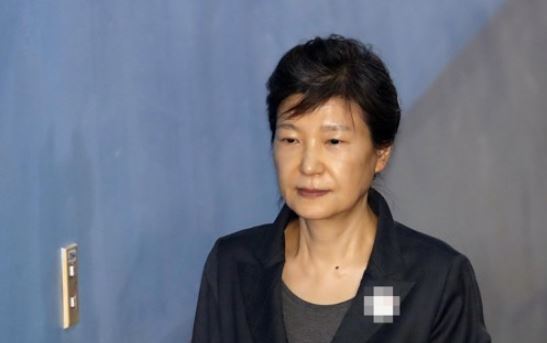 Ex-President Park Geun-hye (Yonhap)
Park was absent from Thursday‘s trial. She has been boycotting all her trials, claiming her case is political revenge by the liberal Moon Jae-in government.

Two of Park’s ex-senior presidential aides and former spy chiefs were arrested for their involvement and are standing their own trials. Some of them have been released either on bail or after their presentencing detention expired. (Yonhap)