Park has been sitting at the top since April 23, after starting the year at No. 13. She won the Bank of Hope Founders Cup on the LPGA Tour in March, and last weekend, she captured the Doosan Match Play Championship for her first victory on the Korea LPGA Tour. 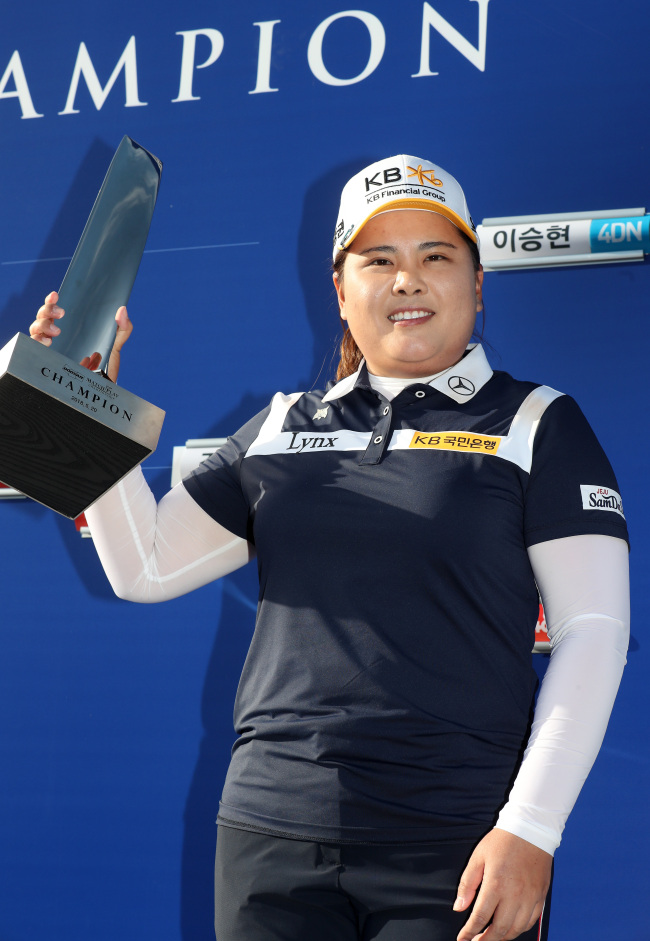 South Korean golfer Park In-bee holds up the champion`s trophy after winning the Doosan Match Play Championship on the Korea LPGA Tour at Ladena Golf Club in Chuncheon, 85 kilometers east of Seoul, on May 20, 2018. (Yonhap)
Choi Hye-jin, a KLPGA rookie who made the final 16 at the match play event, climbed a spot to a new career high of No. 7.

Chun In-gee, who finished in second place at Kingsmill Championship on the LPGA Tour last weekend, jumped two spots to No. 13.(Yonhap)