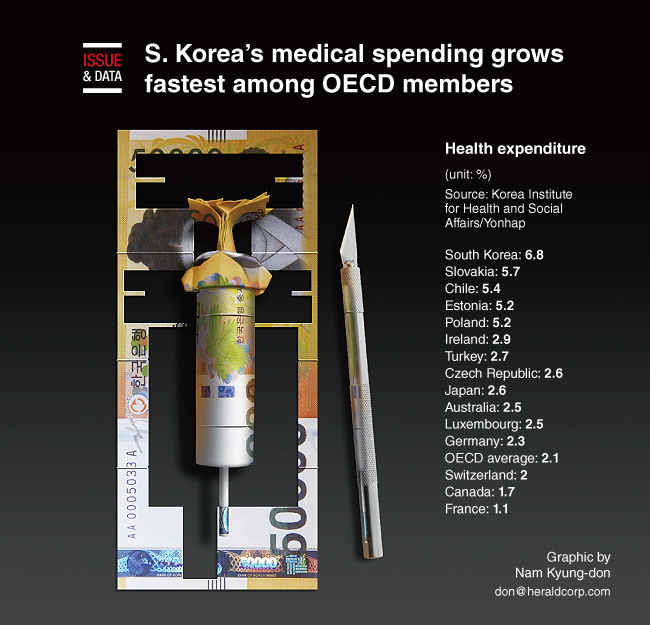 According to a report from the Korea Institute for Health and Social Affairs, medical spending in South Korea jumped by an annual average of 6.8 percent from 2005 to 2015

The growth rate during the period outpaced the average of 2.1 percent expansion among member countries of the Organization for Economic Cooperation and Development, marking the highest increase of the group.

The spending growth was attributed to an increase in public expenditure on medical care with an aging population.