The share price of the firm nosedived 26.3 percent over the previous three trade sessions, losing a whopping 8.5 trillion won ($7.8 billion) in terms of market cap.

The drop came after South Korea's financial watchdog on Tuesday tentatively concluded that Samsung BioLogics committed accounting fraud while assessing the value of another drug affiliate, Samsung Bioepis, in late 2015.

Following the move, Samsung BioLogics reported a whopping net profit of 1.9 trillion won in 2015, shifting from huge losses in the previous four years. 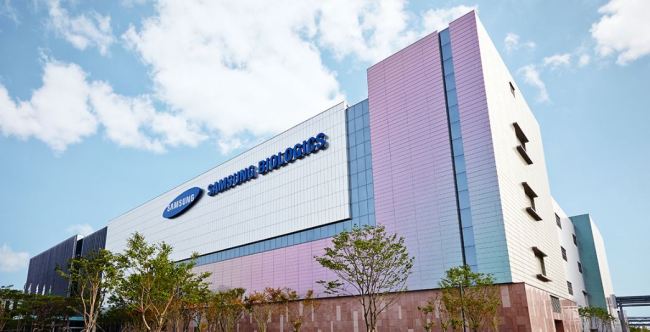 Other allegations include that the Korea Exchange lowered barriers to enter the main bourse to pave way for Samsung BioLogics' debut in 2016.

A day after the watchdog's announcement, shares of Samsung BioLogics dropped 17.21 percent in the following trade session. The market closed on Tuesday in South Korea for Labor Day.

It continued to lose ground over the rest of the week, closing at 359,500 won Friday, which compares to 488,000 won posted before the watchdog's announcement.

The company is currently in denial of the allegations. (Yonhap)