His mother Lee Sang-hee is a Korean who married an Indian national. Their son speaks both Korean and English fluently and attends a local elementary school.

“There are so many prejudices against multicultural families that we must be helped and cared for. The word ‘multicultural’ itself may be full of prejudices,” said Lee.

The hurtful words about his skin color affected Krishjun, but after 2016, Lee observed changes in her son’s personality.He became more active and confident after joining the Rainbow Choir, a singing troupe for multicultural children.

“I can see the difference in his behavior when he is with others. It is very clear,” Lee said. “There are certain needs that cannot be fulfilled at school, because Krishjun is different from others. The choir plays a great role in forming his identity.” 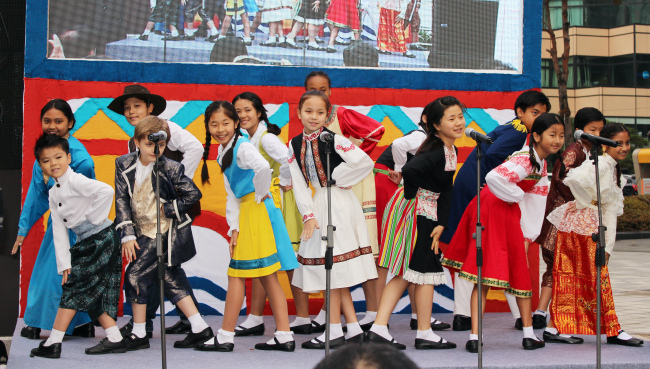 Rainbow Choir (Yonhap)
At the Rainbow Choir, children from multicultural families practice singing, under the guidance of professional instructors. After extensive practice, they perform in front of audiences at various events.

Some may remember the choir from the opening ceremony of the 2018 Pyeongchang Winter Olympics during which they sang the national anthem in front of a global audience. 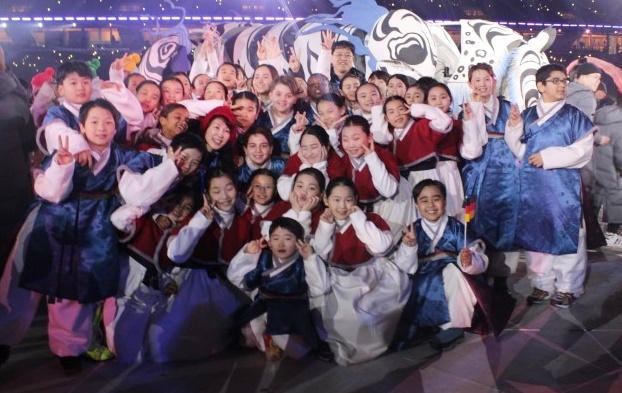 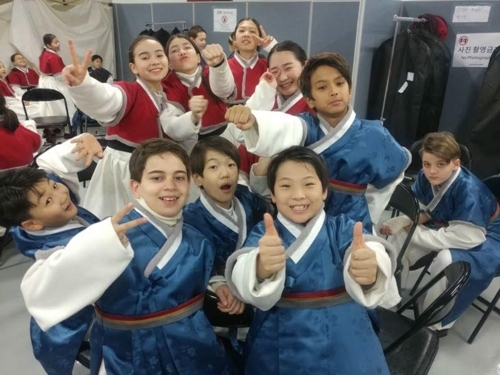 “I sometimes feel that I cannot be fully understood by friends at school, because they don’t experience what I do,” said a 9-year-old boy who declined to reveal his name. He has a Japanese mother and a Korean father.

Some of his classmates have taunted him for being Japanese, with some attacking him over Japan’s occupation of Korea in the early 20th century.

After joining the choir, however, he feels better, surrounded by friends who can fully empathize with him. “I can see that my boy doesn’t want to mention my nationality when with other Koreans. But at the choir, he doesn’t have to worry about it,” his mother said.

“When children join the choir, they are very shy, unable to make eye contact,” its leader Jang Mi-a said. “But after a while, they become full of life. They share stories and their inner feelings with choir members and instructors.”

Since its establishment in 2009, the Rainbow Choir has performed at various events as an unofficial ambassador of multiculturalism, such as the closing ceremony at the Incheon Asian Games and a concert at the Vatican.

“On the stage, I was excited, not nervous,” the 9-year-old said, recounting what it was like to sing at the St. Peter’s Cathedral in Vatican. “As we were there to represent Korea, I felt honored.”

In March, some local media outlets reported that the choir wrongfully took money from parents while practicing for its performance at the Winter Olympics. The parents and the choir refuted the reports and the media outlets eventually issued a correction.

As the choir is operated by donations, it was difficult to continue regular practices after the controversy emerged. The group has been on a prolonged break, but aims to gather again in summer.

The children were greatly saddened by the sudden halt. They used to meet twice a week for choir practices, which involved more than just singing.

“Krishjun cried so much when he heard that there won’t be practices for a while,” Lee said. “The choir is like a sanctuary for the children. It’s where they can be understood without prejudices.”