Moon Chung-in, who serves as a foreign policy and national security adviser, sparked controversy this week after he argued that it will be "difficult to justify" the US Forces Korea's continuing presence following the possible signing of a peace treaty between the Koreas.

President Moon was quick to reject the idea, saying the troops' presence is a matter of the South Korea-US alliance and has "nothing to do" with a peace treaty that would formally end the 1950-53 Korean War.

The adviser's comment in the Foreign Affairs magazine came after the president and North Korean leader Kim Jong-un agreed in their summit last week to work toward a peace treaty by the end of the year. 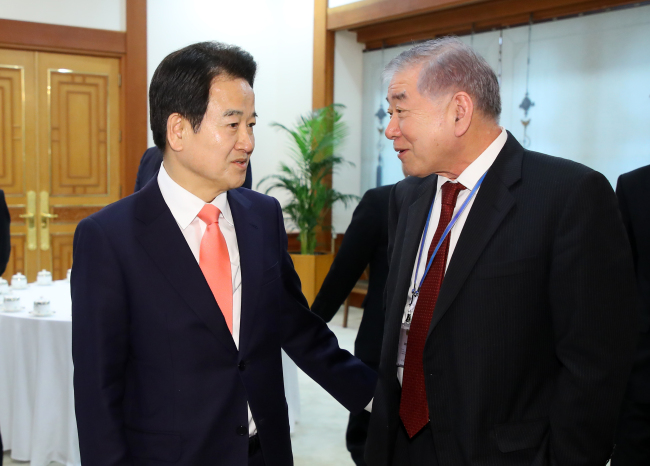 (Yonhap)
"I am someone who is for (the USFK's stationing)," Moon Chung-in told reporters here while on a visit to the US. "I think the USFK's continued presence is desirable for the strategic stability of Northeast Asia and our own domestic political stability, even after a peace treaty is signed."

He argued that he never called for the withdrawal of the 28,500 American troops in his article, and only raised the question because of the need to prepare for such discussions that will "naturally" occur once a peace treaty is signed and the US and North Korea normalize relations.(Yonhap)