Park jumped two spots to No. 1 in the latest rankings announced Monday (US Eastern Standard Time). Park previously spent 92 weeks as world No. 1 during three different stretches between 2013 and 2015, and last held that spot Oct. 19, 2015. She was ranked 13th on Jan. 1 this year.

Park's climb back to the top had been projected by the LPGA Tour immediately after her runner-up finish at the Hugel-JTBC LA Open at Wilshire Country Club in Los Angeles on Sunday. Park was sitting behind Feng Shanshan and Lexi Thompson in the world rankings and needed to finish sixth or higher to rise past them. 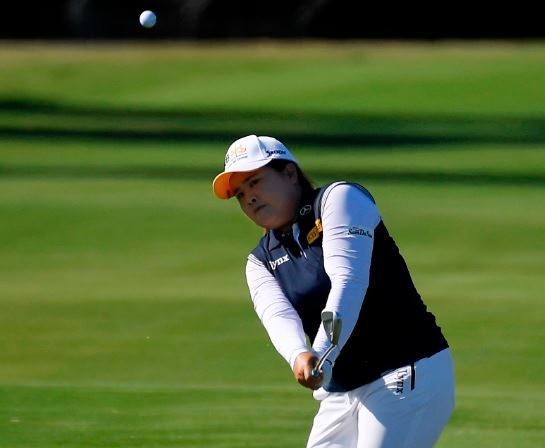 Park In-bee (Yonhap)
The world rankings evaluate a player's performance over a rolling two-year period weighted in favor of the current year, and an extra emphasis is placed on the most recent 13 weeks.

At 29, Park is enjoying a nice bounce-back season after an injury-plagued 2017. The LPGA Hall of Famer now has one win and three other top-three finishes in her previous five tournaments, dating back to mid-March. She is leading the tour in money with $707,089 and in the Player of the Year points with 75.

Among other notables, LPGA rookie Ko Jin-young, who tied Park In-bee for second at the LA Open, rose three spots to No. 15. (Yonhap)