While operating in the volatile market of South Korea comes with many challenges, the trendsetting consumer base highly responsive and loyal to global brands have also created a different kind of phenomenon – “gapjil” of multinational firms.

Gapjil is a Korean term which refers to the abuse of power by someone against a person in a weaker position.

Apple, for one, has long been the king in the telecommunication market here, on many aspects.

“I don’t think this is a common thing for telecom companies to bear all of the costs of promoting a new smartphone as such expenses are normally shared with handset makers in the case of Samsung or LG,” said one official from a local telecom company, talking about the practice of Apple dumping its advertising and repair costs on mobile carriers.

Apple Korea has faced criticism over the past few years from local mobile carriers for passing the costs for promoting iPhone sales, including costs for advertisements, launch events and even repairs.

The Fair Trade Commission is currently looking into the case and sent an examination report to Apple Korea for explanation earlier this month.

The FTC is reportedly set to impose around 100 billion won ($94 million) on Apple Korea, but the telecom operators say “things will not change anyway” because of Apple’s superior status in supplying its new phones every year.

The iPhone maker is not the only multinational firm facing criticism for abusing its market power here. 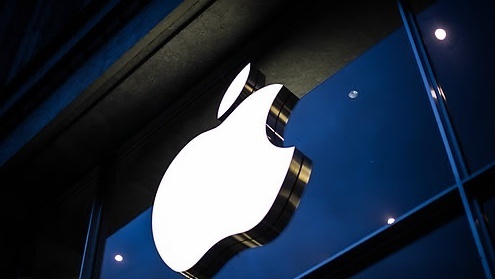 Google is another target of the antitrust watchdog, over its alleged unfair business practice against local game companies.

There are industry rumors that Google punishes a game developer if it uploads its game not only on Google Play but on different major app markets such as OneStore. Some game companies reportedly claim their games are excluded from “Google Featured,” the main screen of Google Play, when they upload their games on OneStore.

No big games from Nexon, NC Soft and Netmarble are currently uploaded on OneStore, a local app market jointly made by Naver, KT and LG Uplus, last year.

The spokespersons of the three game firms said they have nothing to say about Google officially, and Google Korea also denied it, saying, “There is no disadvantage to (game firms) when they launch (their games) in another app market.”

However, a senior government official told The Korea Herald, “They can’t probably say anything due to the enormous power (Google).” The official requested anonymity citing how the matter is sensitive and the investigation is ongoing.

“The government normally begins investigation when it finds something suspicious or receives complaints from companies. In Google’s case, (the investigation) began for both reasons.”

Google Play currently dominates the app market with more than a 60 percent share in Korea.

Apart from the alleged unfair business practice of abusing its market power, multinational firms are also blamed for getting a free ride or not paying taxes properly by using legal loopholes.

Foreign tech firms, including Google and Facebook, have been embroiled in controversy for not paying for network as their server is located outside the country, unlike local tech firms such as Naver and Kakao that pay tens of billions of won for using network every year.

The Korea Communications Commission and lawmakers have continued to raise the issue as Google and Facebook generate massive online traffic and gain huge profits through mobile videos without paying a single penny.

The latest report released by the National Assembly said, “The government should actively be involved in the network issue so that reverse discrimination among content producers can be addressed.”

Many of the “benefits” lawfully enjoyed by such multinational firms are due to the system of limited liability companies, a form of business organization without obligation to external audits or disclosure of financial information.

And progressive lawmakers on the back of the liberal administration have now begun voicing against them.

“In the past, we relaxed regulations on foreign companies to attract their investment. Things have changed now and we should monitor whether they create jobs, pay proper taxes or bring new technologies,” said Rep. Kim Hae-young from the ruling Democratic Party of Korea.

The government revised the ordinance of external audit law to force LLCs into receiving external audits and disclosing financial information such as sales, operating profits, net profits, dividend and taxes. The revised regulations are expected to take effect in November 2019.

But such moves are also colliding with critics.

There are experts who say harsh regulations on global firms is out of sync with the free market economy.

“The market issues should be left for the private sector and not be swayed by political and emotional perspectives. If their products have a problem, consumers will not opt for them and if they have a tax problem, the National Tax Service should be involved in it,” said Lee Byung-tae, a professor at KAIST College of Business.

“Too negative a view toward global firms will eventually make them leave here,” Lee said.

An executive from the US-based multinational tech company said, “Koreans seem to have a negative view on foreign companies doing business here. This seems because most foreign companies are exposed to the public only when negative incidents or issues take place.”

“We still hope more people are aware that foreign firms here also contribute to the Korean economy through investment, jobs and taxes.”