According to a poll conducted by job seeking portal Incruit on 898 Korean workers, 97 percent of respondents answered that they have worked for someone who abuses their juniors. 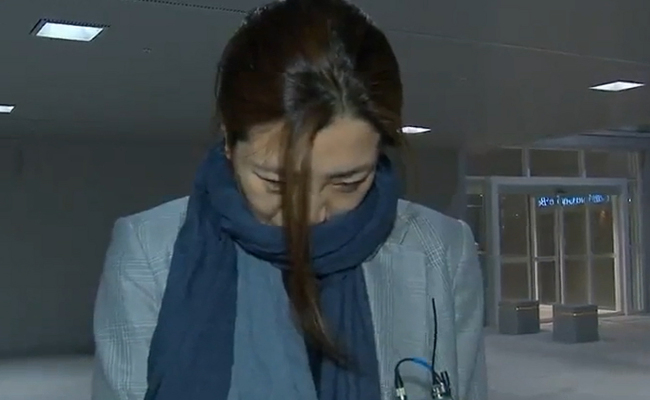 Cho Hyun-min, a senior vice president at Korean Air, arrives in Seoul via Incheon International Airport on Sunday. (Screenshot from MBC coverage-Yonhap)
Gapjil is a Korean term which refers to the abuse of power by someone against a person in a weaker position. The term has increasingly appeared in Korean media, following the recent allegations of assault by Korean Air heiress Cho Hyun-min.

According to the survey by Incruit, “evading responsibility for their duty” and “affecting the whole team atmosphere according to their mood” were the typical traits of a “gapjil boss.”

Nearly half of the respondents answered that they “try not to care,” as a way of coping with such bosses.

Only 9 percent and 4 percent of the respondents said that they would “complain directly to the boss” or “consult someone in a higher position than my boss,” respectively.