A group of South Korean scientists have developed a deep learning system based on artificial intelligence that can precisely predict interactions between drugs, the government said Tuesday.

According to the Ministry of Science and ICT, the team led by Lee Sang-yup of the Korea Advanced Institute of Science and Technology developed the so-called deep drug-drug interactions technology, which can make it far easier to determine what kind of interaction will occur between various drugs.

DDI is an important consideration in both drug development and clinical application as it can help prevent side effects caused by combining different drugs. Conventional methods could only predict what kind of interactions could occur between drugs but not detailed pharmacological actions. 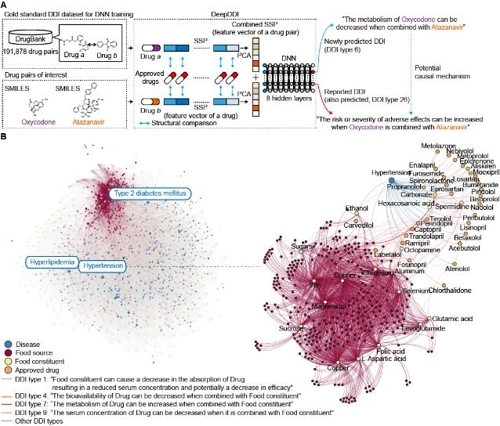 (Yonhap)
The KAIST team used the deep learning technology to improve the performance of DDI extraction, officials said. DeepDDI can predict a total of 192,284 drug-to-drug interactions, with its accuracy rate standing at a high 92.4 percent.

In addition, the latest DeepDDI can be used to predict interactions between drugs and food.

"The latest research can act as a base technology for the development of precision medicine, considered one of the centerpieces of the fourth industrial revolution," Lee said.

The research was funded by the ministry and has been published in the latest edition of Proceedings of the National Academy of Sciences, a leading US scientific journal. (Yonhap)