South Korean LPGA star Park In-bee has inched closer to the No. 1 ranking in women's golf. 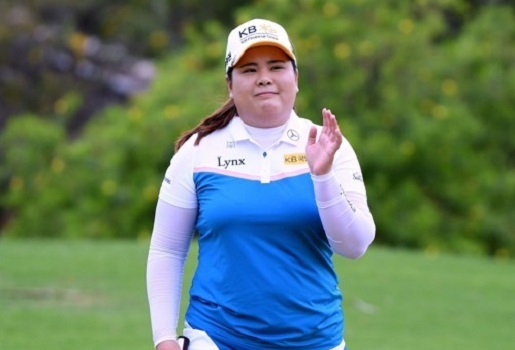 Park In-bee of South Korea reacts to her birdie at the fourth hole during the final round of the Lotte Championship on the LPGA Tour at Ko Olina Golf Club in Kapolei, Hawaii on April 14. (Yonhap)
Thompson is at 6.75 points.

Park has been on a nice roll this year, after missing the last month or so of the 2017 season with back issues. She has finished in the top three in three of her past four tournaments, including a victory at the Bank of Hope Founders Cup last month. Park is also leading the LPGA in money and the Player of the Year points so far in 2018.

Park would have climbed to No. 1 for the first time since October 2015 by finishing alone in second place at last week's Lotte Championship in Hawaii, but she closed with back-to-back bogeys to end in a tie for third.

The world rankings evaluate a player's performance over a rolling two-year period weighted in favor of the current year, and an extra emphasis is placed on the most recent 13 weeks. (Yonhap)