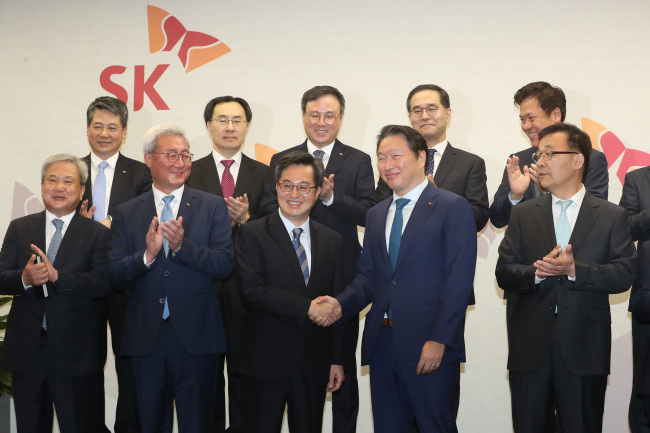 Kia Motors, whose business slid last year from China's retaliation for South Korea's hosting of a US missile defense system, came in at 38th with 93.1 million won, while its sister firm Hyundai Motor followed at 44th with 91.6 million won. Kia's figure, however, is down 2.9 million won from the year before. Hyundai also cut back 2.4 million won from the previous year.

Dongwon Industries offered the biggest proportional raise at 37.6 million won, or 67.1 percent, paying 93.6 million won last year. The raise put the fishing and seafood company at 34th, up from 240th.

At the other end, STX Offshore & Shipbuilding Co. cut back annual pay by 19 million won, or 28.4 percent, to 48 million won. The company is being pressed to restructure itself, including a major labor cost reduction, or face court receivership.(Yonhap)