Yeol, the Korean Heritage Preservation Society, is currently holding an exhibition of craftworks inspired by Korea’s tradition. The retrospective exhibition that highlights the foundation’s support of local craftsmanship over the last 16 years also marks the opening of its new building, Yeol Bukchonga in the Bukchon area in Seoul.

Yeol, since its foundation in 2002, has supported various cultural heritage conservation efforts. It also has provided financial support and exhibition opportunities for local master artisans, as well as aspiring young craftsmen, through programs such as the Yeol Artisan of the Year Award and the Young Craftsman Award. 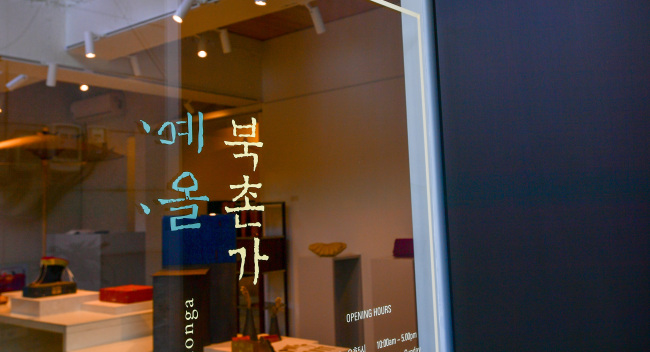 The master artisans featured in the exhibition include the 2017 Yeol Artisan of the Year Award winners, metal craft artisan Heo Dae-chun and Ahn Yi-hwan; the 2016 award winner, paper umbrella maker Yoon Gyu-sang; traditional shoes maker An Hae-pyo, the winner in 2015; and brassware artisan Kim Soo-young, who won the prize in 2014.

The exhibition runs through April 12. 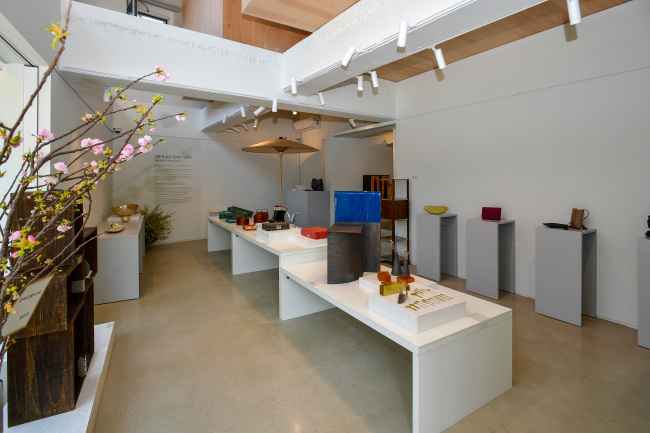 “Korean Crafts: Answering the Question of Tradition” runs through April 12 at Yeol Bukchonga, in Bukchon, Seoul. (Yeol)
Meanwhile, a total of six English-language lectures and two related excursions have been scheduled for this year. On Monday, Yeol invited architect Daniel Taendler to give a lecture titled “Understanding Seoul - Seeing Our City with Different Eyes.”

In May, the foundation will hold a field trip around the Euljiro neighborhood and Sewoon Sangga in the Jung-gu District to help those joining the lecture to better understand urban details of metropolis Seoul.

Yeol has been hosting a lecture series in English on various aspects of Korean culture since 2003.