[ The Korea Herald – Send E-mail ]
[Weekender] ‘The way we were’
Romantic relationships change with new technology, shifts in social norms
By Sohn Ji-young
Published : Mar 30, 2018 - 16:03
Updated : Apr 1, 2018 - 11:20
As a college student in the late ‘90s, Park Hyun-mi remembers waiting nervously for her date to show up at a coffeehouse in Seoul’s university district of Sinchon. She had not much information about the guy: his name, alma mater and photograph.

After the awkwardness of the first date, they’d exchange their beeper or home phone numbers, she recalled. If interested, he would have to directly phone Hyun-mi’s house, at the risk of another family member picking up the call. “May I talk to Hyun-mi?” he’d have to ask.

There were no mobile devices to keep you constantly connected to your significant other -- just the rudimentary beepers churning out numbers. 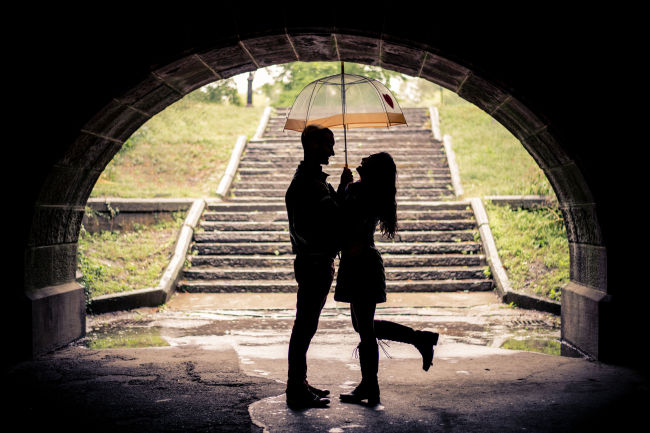 (123RF)
People would form long lines in front of public payphones, eager to dial in and check what messages they’d received to their beepers, called “bbi-bbi” here.

Dates would mostly happen at the movies. Couples might occasionally sneak into “video rooms,” private spaces to watch VCR videos. In conservative South Korea, spending time at a motel or going on an overnight trip were grave social taboos.

Men would mostly pay for the dates, as allowing a woman to pay was deemed unconventional. If you broke up, that was the end of the relationship. Couples dated with the expectation that they’d get married at some point or another.

Park is now a 39-year-old mother of two, and out of the dating scene. Much has changed since her time. Now in 2018, Korea paints an entirely different picture when it comes to dating, shaped by new technologies and shifts in sociocultural norms and attitudes.

Fundamental parts of Korea’s dating culture have largely stayed the same -- like friends arranging dates, or “sogaeting,” for each other -- while other aspects have drastically changed or been added to.

The biggest shifts came with new technology -- most notably the cellphones, then smartphones, that enabled people to call or text each other instantly, all the time. The concept of “waiting” was edged out by expectations of immediacy.

The rise of the internet and social media like Facebook opened a new age of hyperconnectivity. It became customary to check out your date’s online profiles before a first date. Moments from your daily life would be documented and shared in real time on Instagram. 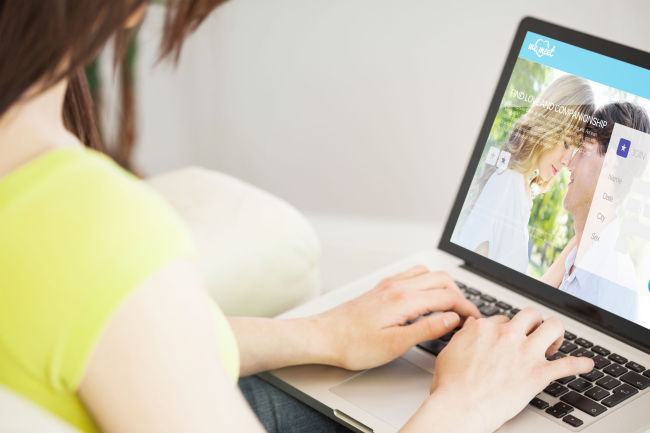 (123RF)
Dating now happens through more diversified channels: by a mobile dating app used to find either casual or serious relationships, or groups called “dong-ho-hoe,” where people with similar interests connect via online communities or mobile apps and later meet offline to pursue their interests together.

“Modern romantic relationships are now tied to the online world. In the past, a breakup meant the end of all communications. But in the mobile age, relationships continue well after breakups, and that creates a new type of etiquette in the dating scene,” said Lee Taek-gwang, a culture critic and professor of global communication at Kyung Hee University.

Though Korea’s mainstream dating culture continues to lean on the conservative, it’s become much more open compared to the past. Through rebranding efforts, motels are viewed less as shady dens for promiscuous couples, but as private spaces for couples to play games, watch TV and hang out.

Moreover, going on a trip with one’s boyfriend or girlfriend is now considered a natural part of dating, though some may feel still feel reluctant to share the news with their more conservative parents.

“I think for most couples, going on a trip is expected. Friends don’t think you’re a slut or overly open-minded just because you go on a trip with your boyfriend,” said Han Ji-hye, a 24-year-old university student in Seoul.

“But, a lot of us still feel our parents would object if they knew you were going on a trip with your boyfriend or girlfriend, so we tend to just hide it. It’s a generational difference,” she said.

The economic aspects of dating have become more balanced. Going Dutch, or sharing the costs of a date, is more common now, with some couples choosing to form a “couple’s account” to which they contribute an equal amount of money to be spent on dates.

For both men and women, they have a stronger sense of independence, which is reflected in their attitudes to dating. More people support the idea of casual dating and consider marriage merely an option that could, but does not necessarily have to, happen in the future.

“For young people today, marriage and forming a family are not considered absolute values. Many realize that it will be difficult to maintain their current, independent lifestyle with marriage (mostly due to economic reasons),” said professor Lee.

“In the past, it was abnormal to not marry. But now, the new norm is being able to choose what’s important in one’s life, which may or may not include marriage,” he said.

Such attitudes have often sparked criticism from Korea’s older generation, many of whom frown upon the youth as “being too superficial” or “irresponsible” in how they approach relationships.

However, this is not a matter to be judged as good or bad, but is merely a natural outcome of changes that have taken place in society, according to Jung Deok-hyun, a culture critic based in Seoul.

“Yes, modern dating is more superficial. And this is not something that should be judged as good or bad, but a matter of the status quo. Compared to their elders, today’s youths want to pursue their own happiness, rather than be tied down by a relationship or an economically-straining marriage,” Jung said.

“Today’s generation is generally more accepting of diversity, and this attitude also applies to dating. It helps explains why young people have come to be more open-minded about romantic relationships.”