Kim Whan-ki and Lee U-fan‘s works are expected to the draw collectors’ attention again this year. 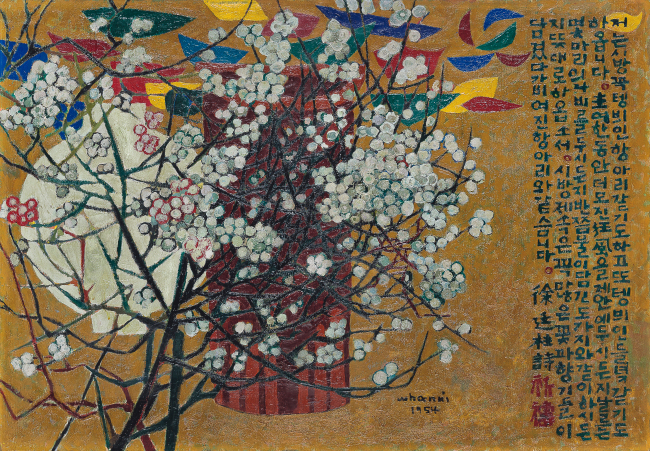 Kim Whan-ki’s ”Jar and Poetry“ (Seoul Auction)
Leading the sale is five of Kim‘s works, including ”Jar and Poetry,“ full-canvas dot paintings, and a semi-abstract painting series. “Jar and Poetry” is a rare piece that presents poetry, painting, and calligraphy on a single plane.

At last year’s auction held in December, all seven works by Kim were sold with the abstract painter’s “Morning Star” selling for 4 billion won, marking the highest sales record of the auction. Kim also currently holds the record for the most expensive painting by Korean modern and contemporary artists ever sold at an auction. 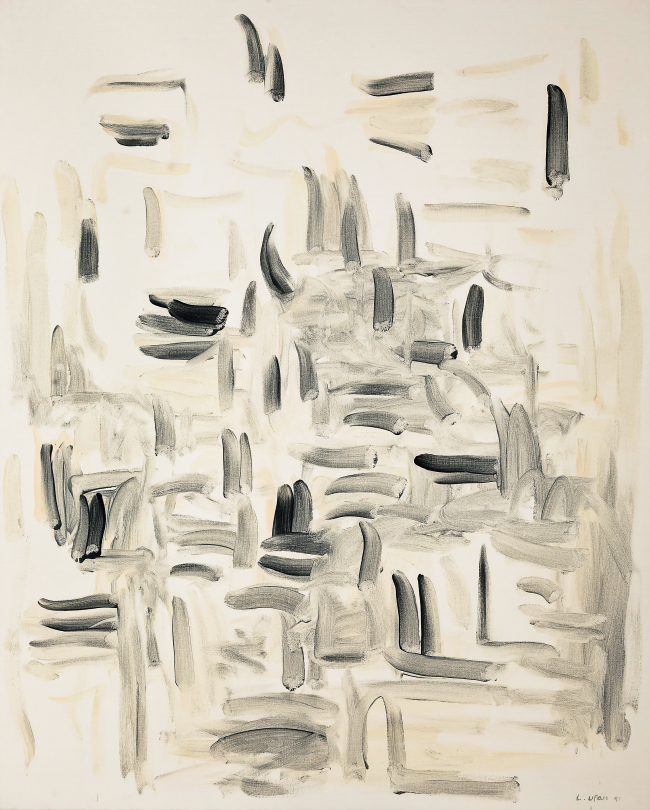 Lee U-fan‘s “With Winds” (Seoul Auction)
The Hong Kong sale will also present Lee U-fan’s experimental works, including the 1972 “Untitled,” a work of a fine pine tree plate with carved surface. The auction will also present one of Lee’s “With Winds” series. Marked by their rhythmic brushworks, “With Wind” series has been popular among international collectors.

A work of Lee Ung-no‘s “People” series and Yayoi Kusama’s 1981 “Pumpkin” painting are also up for auction in Hong Kong.

The upcoming sale on Thursday will be held at the new exhibition-auction place SA+, located at H Queen’s building in Hong Kong Central.