[ The Korea Herald – Send E-mail ]
Ranking N. Korean official apparently visiting China: report
By Yonhap
Published : Mar 26, 2018 - 21:59
Updated : Mar 26, 2018 - 21:59
A high-ranking North Korean official appears to be visiting China, but it has yet to be confirmed whether the figure is North Korean leader Kim Jong-un, a Japanese report said Monday. 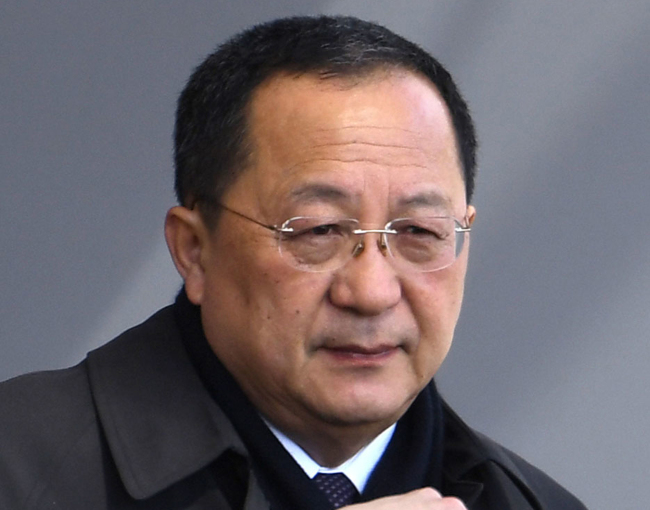 North Korean Foreign Minister Ri Yong Ho gets on a car on his arrival at the Beijing International airport in Beijing, Thursday, March 15, 2018. A Chinese Foreign Ministry spokesperson confirmed during a routine briefing that he was on his way to Sweden. (AP-Yonhap)
An unidentified official is visiting China with an aim to improve ties with Beijing, which have been frayed over North Korea's nuclear programs, according to Kyodo News, citing sources.

It said that a special train that may have carried the official passed through the Chinese border city of Dandong on Sunday.