Fifteen artists from six continents will be exhibiting at the spring show, titled “Lucky Thirteen.”

Among the artists exhibiting work are KairUs -- duo Linda Kronman from Finland and Andreas Zingerle from Austria, who exhibit around the world but are based in Daejeon. Using various media, they explore topics related to technology such as vulnerabilities in internet of things devices and corporatization of city governance in smart cities.

US artist Christopher Maslon, whose work focuses mainly on silkscreen printing and mixed-media images with influences from pop artists such as Andy Warhol, Peter Max and Roy Lichtenstein, will also display work.

Other work includes paintings by Kang Yun-hee, Paul Fortunado and Reggie Hart, and photography from Alla Pomonavera, who has been exhibiting work since Daejeon’s first Foreign Artists’ Exhibition in 2011, and Michael Mellinger, whose work has been featured in Lonely Planet and Backcountry magazine and used by corporations such as Toyota. 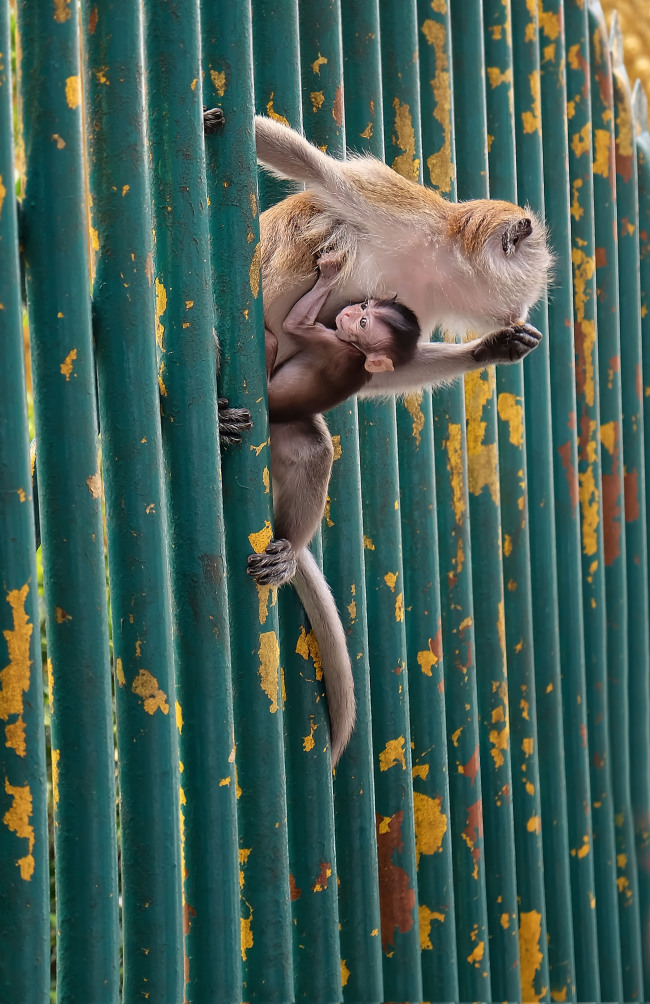 The DJAC is a group of Korean and expat artists that formed in 2011, and the 50 members it has had over the years have worked in varying media from embroidery and woodwork to printing, multimedia and sculpture.

The group holds exhibitions twice a year and participates in other art shows. Several of its members also run classes and workshops on art forms such as ceramics and photography.

“We are excited to bring together this eclectic group of artists from every continent,” said Hart, the press liaison for the group. “The DJAC is a wonderful and highly supportive group -- more of a family really.”

The exhibition runs at Igong Gallery in Daeheung-dong, Daejeon, from March 29 to April 3. There will be a reception on March 31 from 6-9 p.m. that the artists will attend to meet the public and speak about their work.

“Blue Christmas No. 4” by Reggie Hart