Samsung and LG both started accepting orders for their latest flagship models, the Galaxy S9 and the V30S ThinQ on Wednesday.

Market watchers said the number of preorders for the S9, the larger Galaxy S9 Plus and the V30S ThinQ during the first six hours on the first day did not reach those of their immediate predecessors. The handset makers did not release the preorder numbers. 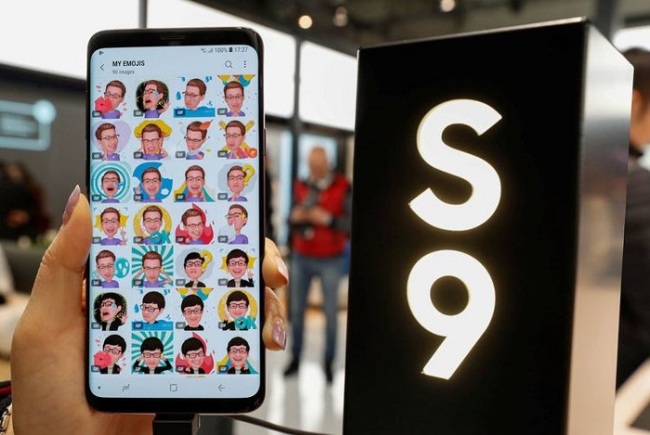 Samsung Galaxy S9 (Yonhap)
"There are many customers asking about the phones but the actual number of preorders seems to be a tad smaller compared to last year," said an employee of a local mobile operator, declining to be named.

South Korean customers can preorder the smartphone on the mobile operators' websites or by visiting the retail outlets of local mobile carriers.

Samsung's new devices boast improved camera function and were unveiled on the eve of the Mobile World Congress in Barcelona, Spain, earlier in the week.

At the MWC, LG also showcased its V3OS ThinQ, which retains the exact same design as the V30 but with added artificial intelligence features.

"Not many consumers are well aware of the new products, as it has only been two days since the companies unveiled the latest models at the MWC," another observer said.