Recent increases in the prices of cobalt have been a major headache for battery developers across the world, which is a core material for lithium-ion batteries, according to the firm. 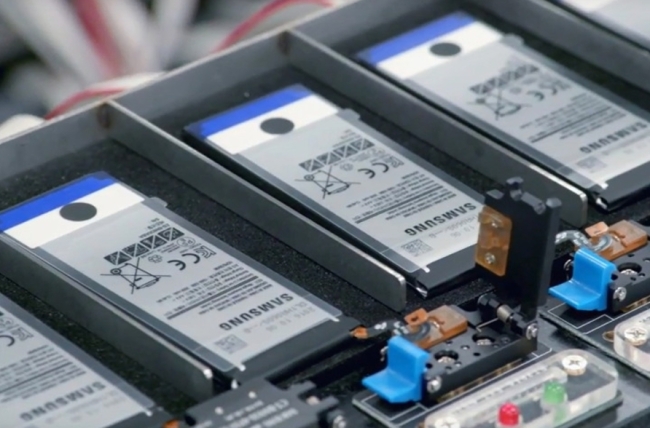 (Samsung Electronics)
The international cobalt price soared $34,600 per ton in January 2017 to $81,360 this year by nearly 235 percent, due to the ongoing war in Democratic Republic of Congo -- the biggest cobalt-producing country -- tax rises and increased demand for electric vehicles.

Samsung SDI has been coping with the rising material prices by partnering with suppliers and customers as a short-term measure.

However, the company views it will need a long-term strategy to do without cobalt through in-depth R&D.

“Our new R&D focus is to reduce cobalt use significantly by developing new materials,” said a senior official at the firm.

In addition to the firm’s current efforts to halve use of cobalt in batteries from around 20 percent by raising the proportion of nickel, Samsung SDI will start researching on development of nearly cobalt-free batteries, it said.

The Korean firm has developed a technology to reduce cobalt in batteries down to 5 percent by expanding the use of nickel by more than 90 percent.