WASHINGTON -- US President Donald Trump on Wednesday wished South Korea well for the PyeongChang Olympics, saying it will be a chance to showcase the "great nation."

"Best wishes to the Republic of Korea on hosting the Olympics! What a wonderful opportunity to show everyone that you are a truly GREAT NATION!" he tweeted.

The message was accompanied by a video clip of the president speaking before the National Assembly in Seoul in November.

In the clip, Trump talks about the devastation brought by the 1950-53 Korean War and South Korea's rise from the ashes. 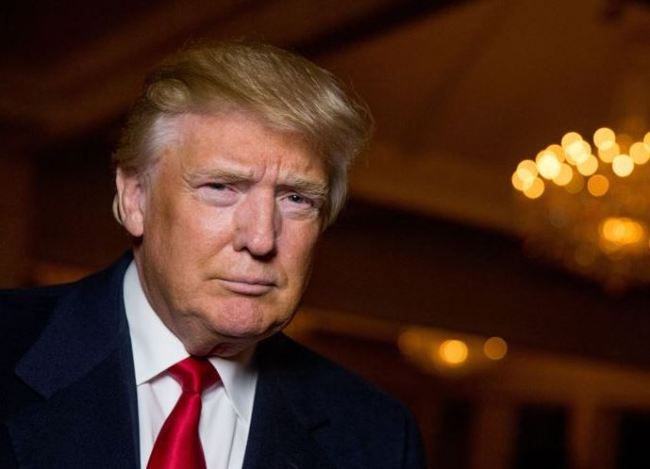 US President Donald Trump (AP)
The president tweeted again hours later, this time with a clip of the part of the speech where he praised South Korean golfers.

"Congratulations to the Republic of Korea on what will be a MAGNIFICENT Winter Olympics!" he wrote. "What the South Korean people have built is truly an inspiration!"

The Winter Games are set to kick off in the alpine town of PyeongChang on Friday.

Trump has sent Vice President Mike Pence to lead the official US delegation to the opening ceremony as speculation continues over whether he will meet with North Korean officials on the sidelines.

Tensions between Washington and Pyongyang have run high since the communist regime last year test-fired three intercontinental ballistic missiles and staged its sixth and most powerful nuclear test.

A reconciliatory mood set in on the Korean Peninsula after the North agreed last month to send a team to the Olympics, including athletes, high-level officials and cheerleaders.

On Wednesday, Seoul said the delegation would include Kim Yo-jong, the younger sister of North Korean leader Kim Jong-un, spurring expectations she could deliver a message from the regime. (Yonhap)