The milestone event at the diplomatic mission in the Yongsan district was attended by a throng of guests, including former United Nations Secretary-General Ban Ki-moon, Tanzanian Foreign Minister Augustine Mahiga and Korean First Vice Foreign Minister Lim Sung-nam, as well as people from all walks of life and professions.

“The Tanzanian community is beyond excited today,” said newly appointed Tanzanian Ambassador Matilda S. Masuka. The envoy went on to request a minute of silence in tribute to the late Nara Kim, a Korean volunteer who passed away on Jan. 13 after contracting malaria in Tanzania. Kim had worked in the country for 10 years helping children and orphans and serving rural communities through World Share Tanzania. 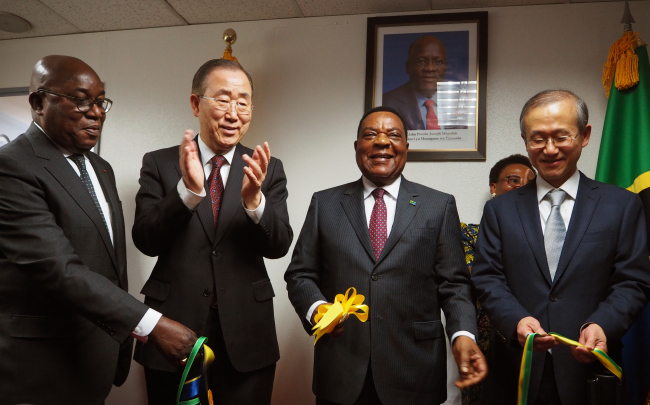 Tanzania today enjoys recognition around the world for its stable politics and governance, Korea’s No. 2 career diplomat stressed, adding the Eastern African nation has enjoyed annual 7 percent economic growth since 2014.

“Our government has kept our eyes on Tanzania’s potential for growth and our stronger bilateral relations. Tanzania is one of our priority countries for official development assistance since 2015, and the scale of the assistance is among the largest going toward African countries.”

The bilateral trade amounted to $163 million last year, a figure far from its full potential considering the two economies’ complementarity, according to Lim. Some 3,000 Koreans have traveled to Tanzania annually in recent years, as many associate the country with the 1985 song “The Leopard of Mount Kilimanjaro” by Korean singer Cho Yong-pil, he added. 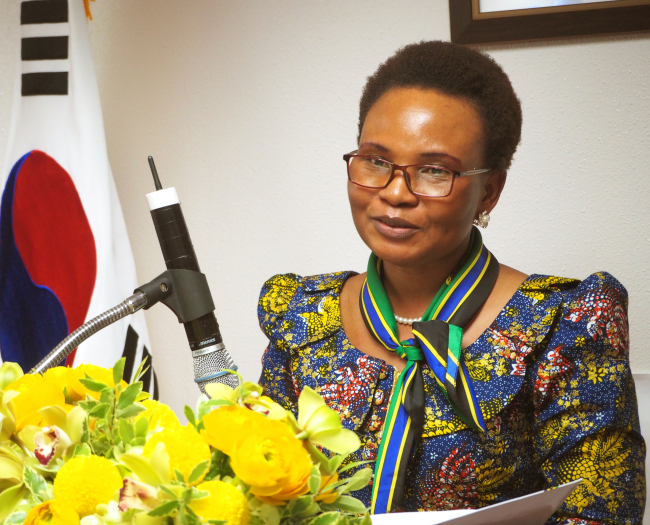 Tanzanian Ambassador Matilda S. Masuka (Joel Lee/The Korea Herald)
“I am filled with jubilation, pride and huge gratitude at this crucial moment when our two countries embark on a new historic chapter filled with hope and possibilities,” said Augustine Mahiga.

Pointing to Ban, whom he worked with at the United Nations where he was Tanzania’s permanent representative from 2003 to 2010, Mahiga lauded the former UN chief for launching the Millennium Development Goals. The MDGs comprised eight international development objectives for 2015, including eradicating extreme poverty and hunger; achieving universal primary education; promoting gender equality and empowering women; reducing child mortality; combating HIV, AIDS, malaria and other diseases; and ensuring environmental sustainability.

“We didn’t know who Ban Ki-moon was when he ran for UN chief, but we knew of his thinking about development cooperation, because Korea was a country that prided itself on its path of development,” highlighted the Tanzanian foreign minister. “The MDGs were the first global framework around which he rallied the world to work together to address some of the evils inflicting mankind, particularly developing countries. The effort to fight disease, poverty and hunger has continued through the Sustainable Development Goals, which were built on the MDGs’ foundations.” 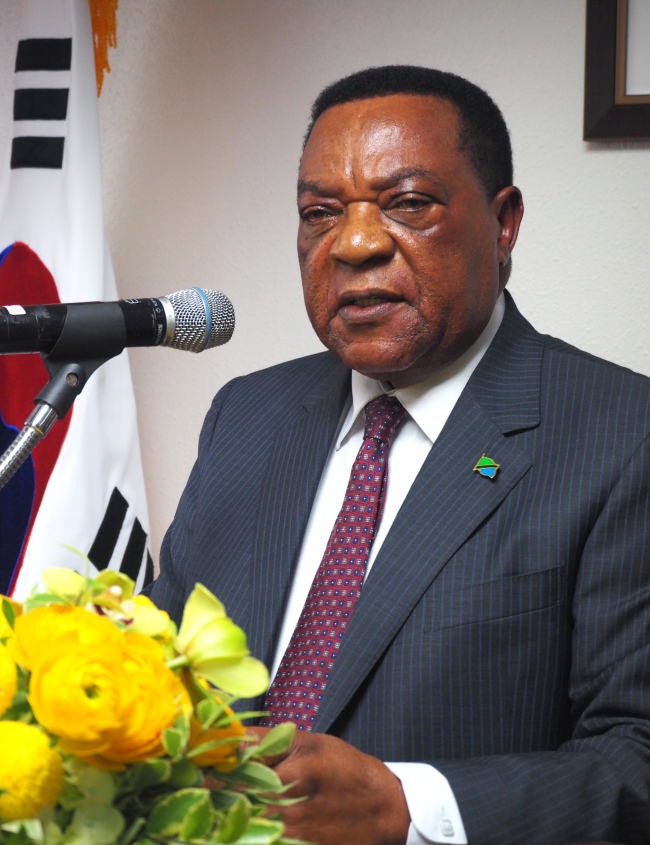 Tanzanian Foreign Minister Augustine Mahiga (Joel Lee/The Korea Herald)
Tanzania considers Korea its second-generation diplomatic partner since independence, said Mahiga, with their relations largely focused on economic cooperation. “Korea has become a country of our choice in development partnership. Korea offers not only capital and technology, but a model for posturing ourselves in the international community.”

Tanzanian President John Magufuli has defined his clarion call to free the country of corruption, he underlined, adding that Korea’s development aid will be used effectively and judiciously.

“Tanzania is not fielding a national team at the PyeongChang Winter Olympics because our climate is too warm,” Mahiga said. “But we can bring that warmth to Korea and our bilateral relations.”