[ The Korea Herald – Send E-mail ]
SeMA to step up efforts amid unfavorable circumstances
By Shim Woo-hyun
Published : Jan 30, 2018 - 16:20
Updated : Jan 30, 2018 - 16:20
Seoul Museum of Art on Monday unveiled its 2018 SeMA Biennale lineup, as well as other exhibitions scheduled for this year, but concerns about inadequate time to prepare for the September biennale and budget cuts loom large.

SeMA has made significant changes to the 2018 SeMA Biennale -- now renamed the Seoul Mediacity Biennale. This year’s biennale will comprise exhibitions organized by six curatorial collective members, a departure from the 10-year-old practice of having one director. 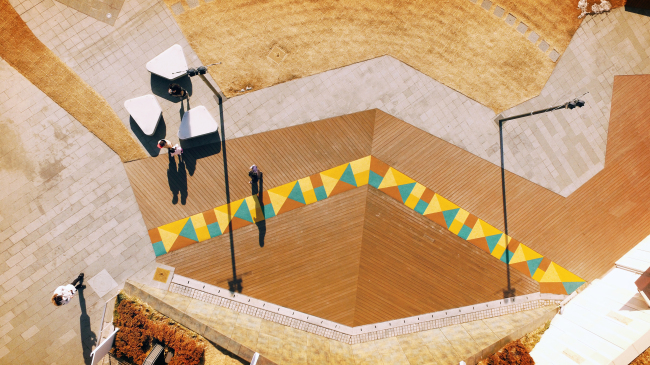 A floor installation by artist Lee Eun-sun, located in the park nearby the SeMA branch in Nowon-gu, the northern part of Seoul. The installation is a part of SeMA‘s project designed to introduce different kinds of artworks in the public space. (SeMA)
“SeMA’s previous biennales were characteristically all different and had no cohesive thematic connection among them because they were organized by different directors,” said Choi Hyo-joon, SeMA general director.

“The museum decided take the lead on the 2018 SeMA Biennale, instead of merely outsourcing directors for the project,” Choi said.

“With more SeMA curators directly involved, SeMA will be able to add the museum’s color, or identity, to the biennale.”

For the 2018 biennale, SeMA curators and Choi will be deeply involved with the project as part of the six-member curatorial collective, which will include outside curators.

However, concerns remain over the short preparation time leading up to the event, which runs from September to November. The museum has only decided on a list of participating artists and a rough guideline for the exhibitions over a three-month period. A biennale typically requires more than 1 1/2 years to prepare. 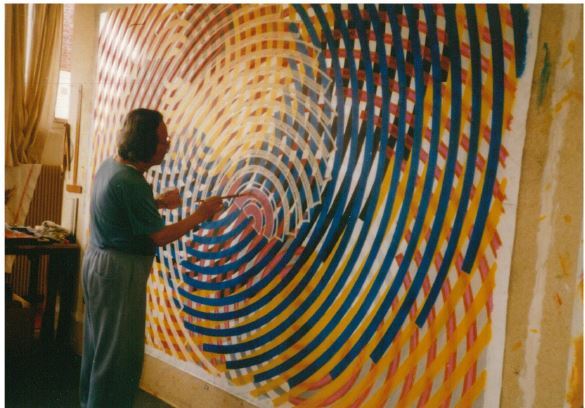 A picture of late Korean artist Han Mook working at his atelier in Paris. (SeMA)
SeMA’s goal of making the Seoul Mediacity Biennale a major city-led biennial event has been overshadowed by the Seoul Biennale of Architecture and Urbanism, which was launched in 2017 with a bigger budget.

For the architecture biennale, the government injected some 6 billion won ($5.58 million), while freezing the budget for SeMA’s biennale to some 1.7 billion.

Meanwhile, SeMA’s budget earmarked for supporting young artists has been slashed. The fund, launched in 2008, has been reduced to less than 100 million won from 300 million won.

SeMA has pledged to step up efforts to provide exhibitions that are community-oriented and allow people to become active participants.

Starting on June 21, SeMA will hold an exhibition celebrating its 30th anniversary. The exhibition will include works by acclaimed Korean artists -- such as Kim Whan-ki, Yoo Young-kuk, Chang Uc-chin and Chun Kyung-ja -- as well as young artists’ works that employ digital technologies. 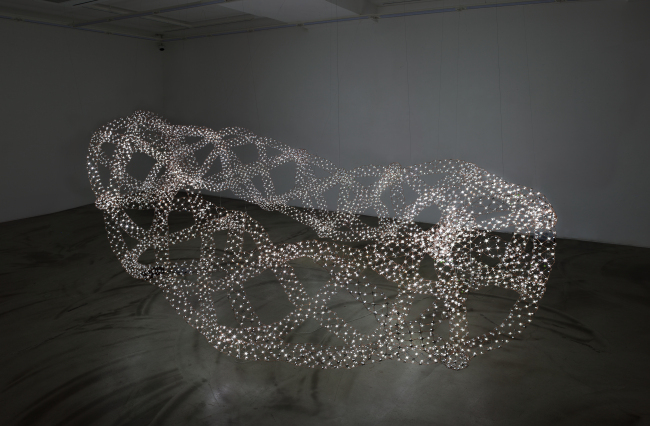 Kim Joo-hyun’s “Extra Dimension,” a sculpture work made up of copper wires and LED lights. The work will be introduced at the exhibition planned to kick off in September at SeMA branch in Nowon-gu, the northern part of Seoul. (SeMA)
Another exhibition, tentatively called “Meeting of Warp and Weft,” will seek to highlight society’s marginalized, featuring artworks that use warp and weft as their theme or subject material, underscoring the concept of manual labor, as well as the stories of women.

The exhibition will start in April at SeMA’s main branch in Seosomun-dong, Seoul. “Voiceless” -- also a tentative name -- is an exhibition designed to highlight the lives of people who have no voice in society. It will run from June to July.

In December, SeMA will kick off painter Han Mook’s posthumous exhibition at its Seosomun branch. Around 100 works by the artist will be shown through March 2019.