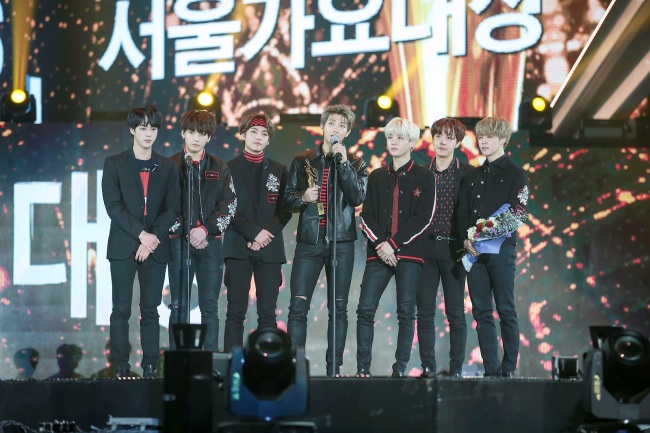 “We started off small -- the seven of us -- because we liked music and we admired those on stage, and that led us here,” the band’s leader RM said after receiving the award, thanking BTS’ official fan club Army.

IU took the record of the year award with “Palette,” and Yoon Jong-shin’s “Like It” took song of the year. The best new artist award went to Wanna One, Chungha and Pristine, while EXO took home a Hallyu special award.