Such is the admission charged at “A Splash of Old in the New,” a photo exhibition running through Sunday at the Gangnam Tourist Information Center in Seoul. 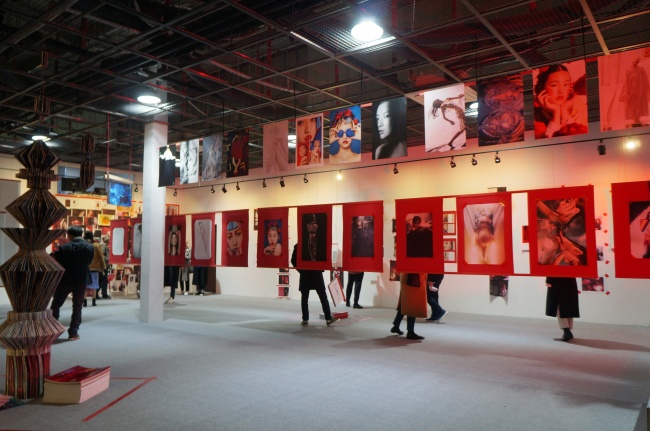 The exhibition “A Splash of Old in the New” is underway at Gangnam Tourist Information Center at Apgujeong-dong, Seoul, through Sunday. (Photo by Im Eun-byel / The Korea Herald)
The show’s creative director, an artist across various media named UDHA, sought to visually show the ethos he thinks are culturally exclusive to Korea, using elements of fashion.

“Ethos are important as they pass down through generations for a long time,” he said. “The photos depict what are said to be Korean ethos -- ‘han,’ a feeling of resentment and sorrow -- or the balance of yin and yang, the negative and the positive.”

Actress Lee Yeon-hee, who modeled for some of the photos, showed up at the exhibition Wednesday carrying a large reusable bag filled with packs of ramen and instant rice. 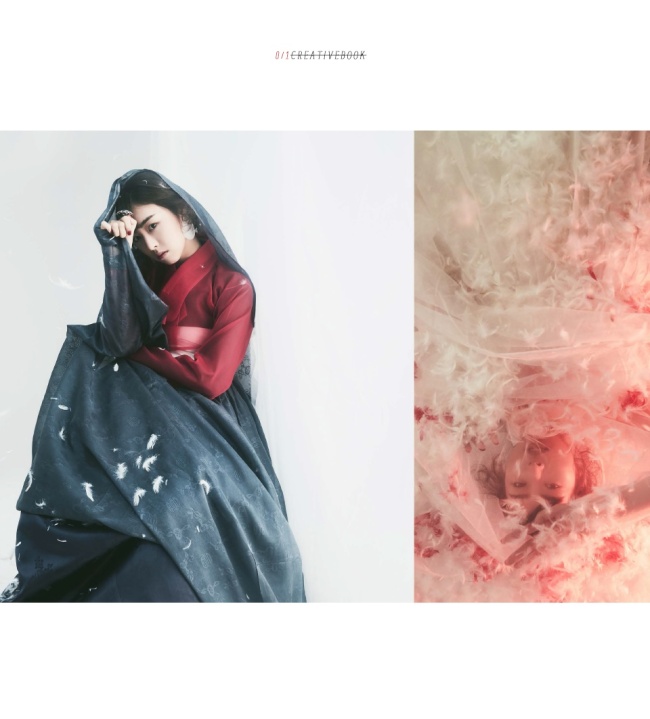 Actress Lee Yeon-hee, who modeled for the art project,  (0/1 Creative Book)
“The color red is fascinating for Koreans. It is a color with identity, associated with many prejudices,” UDHA said. “In the ‘Red Flower’ project, all the actresses are wearing a red item, whether it’s attire, makeup or shoes.” 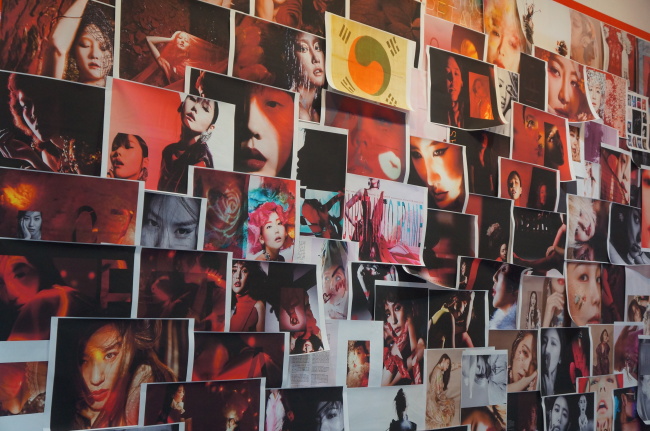 Photos under the theme “The Black Hair” assert that Koreans should value their identity. “Why are we trying to be someone else that we are not? We should try to value our black hair as it is who we are,” said UDHA, who is also a hair designer at Duet by UDHA, a one-person salon in Seoul’s Cheongdam-dong. 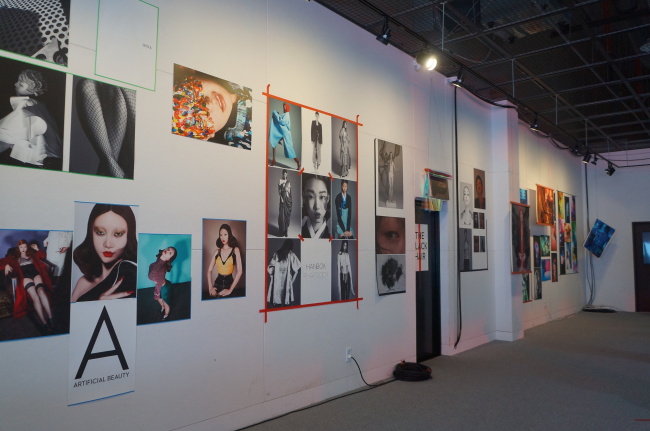 he exhibition “A Splash of Old in the New” is underway at Gangnam Tourist Information Center at Apgujeong-dong, Seoul, through Sunday. (Photo by Im Eun-byel / The Korea Heral)
In the photos with the concept of ink-and-wash painting, models are seen wearing dresses that display the traditional art genre of Korea in poses that impart the gentle power of the genre.

“The painting method is an intriguing subject,” UDHA said. “Even with today’s modern technology, we still pursue black-and-white photography for its delicate beauty. Did our ancestors know the value of moderation at the time?”

UDHA is the director of indie art magazine 0/1 Creative Book, launched in 2012. Ten editions have been published so far.

“I work as a hair stylist. Taking part in numerous photo shoots, I became tired of their transitory nature and wanted to do something more comprehensive,” he said.

The exhibition’s Korean title is “Fashion, Wearing Korea,” reflecting the show‘s aim to curate the abstract concepts of Korea in a familiar way -- through fashion -- and help people understand their country.

“I wanted to give a chance to the young people to enjoy the traditional culture of Korea from a new perspective,” UDHA said.

As for the ramen and instant rice collected at the door, that is donated to charity. “This project created works of art. The artwork, in turn, has created a way to help those in need,” said UDHA