“Samsung is almost done with the development of AI chips for servers, which is expected to be commercialized for server firms, according to Samsung insiders,” a source with expertise in AI told The Korea Herald.

“For mobile devices, Samsung has already reached the technological levels of Apple and Huawei, but will come up with better chips for sure in the second half of the year,” the source said.

Samsung belatedly embarked on developing such chips in the second half of last year, as it was hard to buck the trend led by rivals such as Apple and Huawei, which have been boasting that their NPUs feature better AI functions to accelerate data processing on their flagship mobile devices. 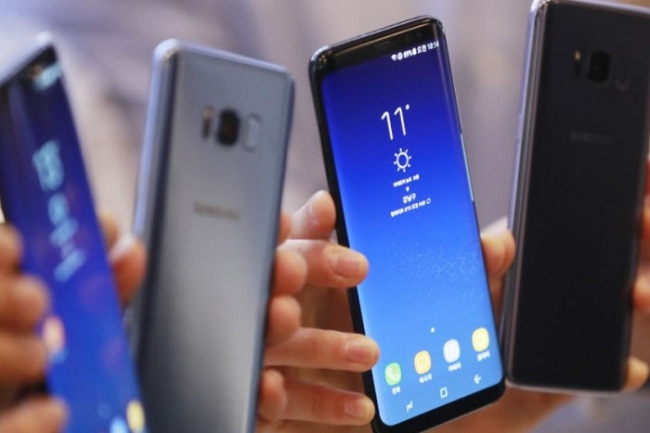 When an NPU is implemented in a smartphone in addition to the current central processing unit, graphic processing unit and other chips, the device itself can process, analyze and store data produced on the smartphone without the help of a cloud server. The NPU is widely called the brain of smartphones because its architecture looks like that of a human brain, according to scholars.

The expert said Samsung is likely to show off some of its NPU capabilities possibly through the debut of the upcoming flagship Galaxy S9 smartphone that is expected to be unveiled on Feb. 25 in Barcelona.

“Although the company has been somewhat late in the AI field, it was quite fast in catching up with competitors,” he said.

“Still, it is too early to compare the performances of AI chips by Samsung, Apple and Huawei, because the market has just been formed,” he said. “Apple claims that its NPU has reached 600 in giga operations per second, while Huawei says 4 in tera operations per second. Samsung’s is estimated to be similar or slightly higher at the moment.”

In computing, GOPS and TOPS are measurements of computer performance that count the rate of floating points of calculations.

According to the source, Samsung is particularly dedicated to developing an enhanced NPU for the Galaxy Note 9 smartphone that is scheduled to be launched in September.

Samsung has been ramping up R&D efforts to develop NPUs by collaborating with outside professionals at the country’s top-rate universities.

The tech mogul is working on various AI projects with about 20 professors and nearly 100 researchers at Seoul National University, Pohang University of Science and Technology and Kaist. The company provides about 3 billion won ($2.8 million) for each university a year with a plan for three years, according to academia.

“Samsung seems focused on developing much more efficient and secure chips than existing ones,” said Yoo Hoi-jun, a professor at the Korea Advanced Institute of Technology. “By learning a lesson from the latest ‘Intel CPU gate,’ Samsung would develop AI processors whose architectures are more secure.”

A public relations official at Samsung said, “Development of AI chips is underway led by Samsung Advanced Institute of Technology.” The official declined to confirm anything about the progress.