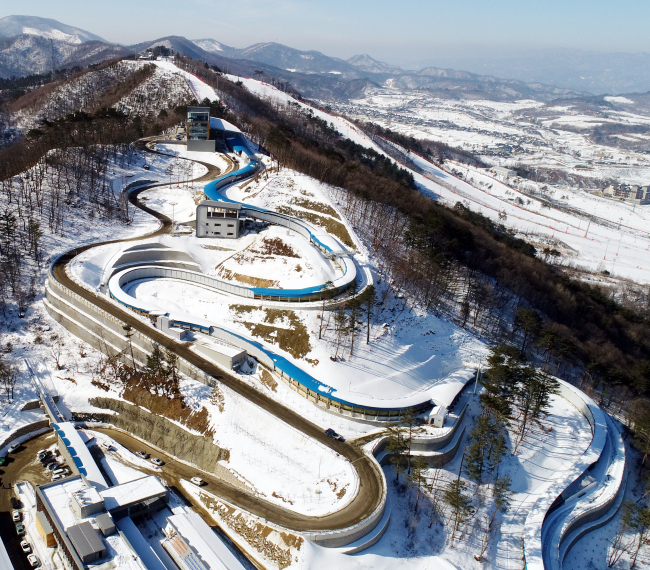 Alpensia Sliding Center in PyeongChang, Gangwon Province (Park Hyun-koo/The Korea Herald)
According to the report, Chang Ung, Pyongyang's sole IOC member, said his country is "likely to participate" in the Winter Games slated for Feb. 9-25 in the South Korean county of PyeongChang, while meeting with reporters at Beijing International Airport.

He is believed to be heading to Switzerland to meet IOC officials to discuss the North's possible participation in the games, the report said. (Yonhap)