South Korea said Monday that its latest unilateral sanctions on North Korea will help better implement a set of UN sanctions and raise awareness about the risks of doing business with the North.

The sanctions, which went into effect Monday, marked the second punitive measures imposed under the Moon Jae-in administration. Seoul slapped similar sanctions in early November after the North's sixth nuke test in September. 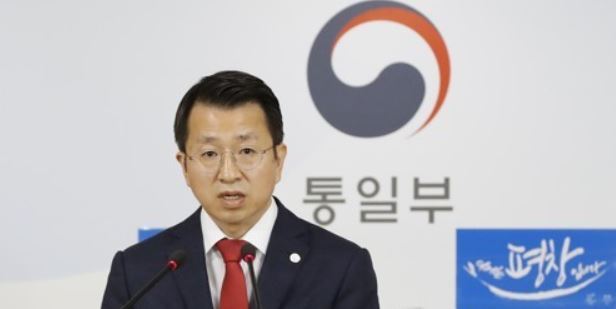 This file photo shows Baik Tae-hyun, spokesman at Seoul`s unification ministry. (Yonhap)
The Ministry of Unification said that the latest sanctions will help raise the effectiveness of an implementation of UN sanctions resolutions and raise awareness of the risks of doing business with North Korea.

"By doing so, we believe that the move will help the international community avoid suspicious trade with the North and take cautious stances toward deals with Pyongyang," Baik Tae-hyun, ministry spokesman, told a press briefing.

The imposition of fresh sanctions is largely viewed as symbolic as there would be no actual impact since all transactions have been banned for years between the two Koreas.

Those subject to the latest punitive measures are already blacklisted by the US government.