The government will spend 144.5 billion won ($132 million) on projects to rebuild homes and other facilities damaged by last month's earthquake in the southeastern city of Pohang, officials said Wednesday.

The Ministry of Interior and Safety unveiled the recovery plan, saying the 5.4 magnitude quake of Nov. 15 caused a total of 55.1 billion won worth of property damage. The quake destroyed 331 homes and damaged 228 homes. Schools and other public facilities suffered 25.7 billion won worth of damage, officials said. 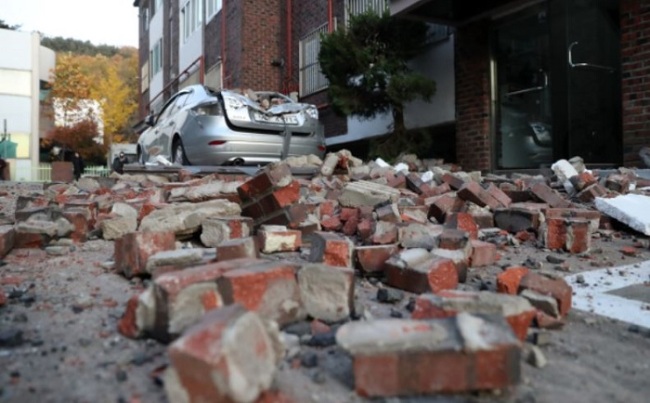 (Yonhap)
Of the recovery fund, 38.8 billion won will be spent on projects to repair school buildings and reinforce them to be more quake-resistant.

The ministry also plans to run a task force until March to identify problems with the handling of the disaster and come up with measures for improvement, officials said.

The quake was the second-strongest on record to hit the country after last year's 5.8 magnitude quake, which struck the nearby city of Gyeongju. (Yonhap)