Companies in South Korea are stepping up efforts to promote consumption through the upcoming PyeongChang 2018 Winter Games, with the quadrennial event just two months away, industry sources said Wednesday.

Corporate sponsors of the Winter Games, which can officially use the images or phrases related to the Olympics, are actively utilizing them to advertise their products, according to the sources. 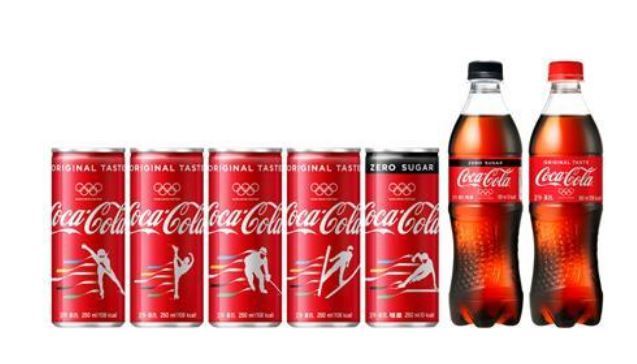 This image provided by Coca-Cola Beverage Co. on Dec. 6, 2017, shows its products with drawings of athletes to mark the PyeongChang 2018 Winter Games, which will be held in the alpine county of PyeongChang, 180 kilometers east of Seoul, from Feb. 9-25. (Yonhap)
Long padded jackets released to mark the Olympics have recently been sold out at 149,000 won ($137) for its low cost, according to its seller Lotte Department Store.

The retail giant said it will release "PyeongChang sneakers" made of cowhide at 50,000 won starting next month to continue the PyeongChang sales boom.

The local unit of The North Face also released a series of limited edition Olympics products, and Coca-Cola Beverage Co., an official sponsor of the Olympics, launched products with drawings portraying the athletes.

The Winter Games is scheduled to be held from Feb. 9-25. (Yonhap)