When the ship, carrying 20 passengers and two crew members, collided with another vessel and capsized, several were trapped under the upturned boat. 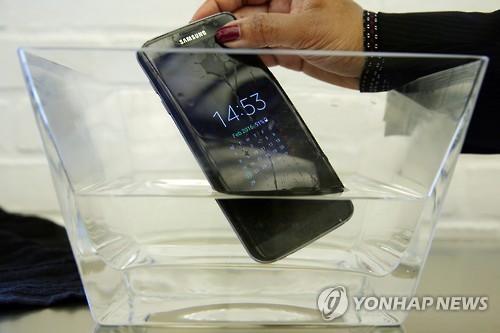 One of them reportedly had a water-resistant phone and reported the accident to police. He even captured the exact location of the ship through a mobile phone application and sent the information.

The passenger and two others were trapped in an air pocket inside the overturned boat and waited two hours to be rescued, according to a survivor surnamed Lee.

“I think if the sea was deeper, the boat would have been filled with water,” Lee told local daily Hankyeoreh. “It was a situation where (the Coast Guard) was not arriving an hour after we reported the accident. Anyway, the Coast Guard came. By the time they came, we couldn’t breathe.”

According to Lee, they found themselves stuck in an air pocket as the boat capsized on an outgoing tide when water flowed away from the shore. They were able to see the captain’s office as the steering room, where they were trapped, was draining, and shouted, he said.

The 9.77-ton recreational fishing vessel Seonchang-1 collided with the 336-ton Myeongjin-15 tanker in waters near the island of Yeongheungdo at around 6 a.m. on Sunday. The first report was a 6:09 a.m. call made with the water-resistant phone.

Coast Guard officials are trying to determine the cause of the accident.

The tanker’s captain, identified only by his surname Jun, and another crew member were detained on charges of professional negligence resulting in death. They are suspected of not making enough effort to avoid a collision even though they knew the fishing boat was operating nearby.