The Bank of Korea forecast Thursday that Asia's fourth-largest economy will likely expand at a faster pace than its earlier growth target of 3 percent this year on a modest upturn in global trade and domestic demand.

"The near-term growth rate is likely to be slightly higher than that forecast in October, supported by sustained trends of moderate improvements in both consumption and facilities investment, while exports also picked up, fueled by the global economic recovery," the central bank said in a statement released after its monetary board meeting, which decided to raise the key rate to 1.5 percent for the first time in more than six years. 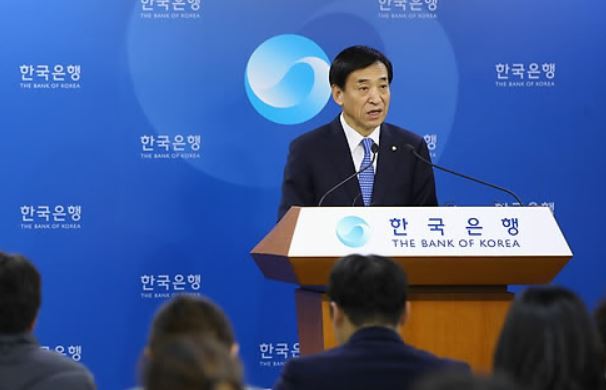 Bank of Korea Gov. Lee Ju-yeol (Yonhap)
The comment hinted at a further upgrade of the growth outlook following a 0.2 percentage point increase in the BOK's gross domestic product growth projection in October.

Overseas organizations also came up with forecast revisions. The International Monetary Fund and the Organization for Economic Cooperation and Development each revised up their growth targets for South Korea to 3.2 percent in 2017.

The BOK said that inflation will likely hover around 1 percent for a while and gradually reach the target inflation of 2 percent in the future.

But it noted there are some downside pressures at home and abroad, including increasing trade protectionism and rising geopolitical risks regarding North Korea. (Yonhap)