Park Sung-hyun's reign at the top of women's golf has ended after just one week.

Park fell a spot to No. 2 in the latest women's world rankings announced Monday, as Feng Shanshan of China jumped from third to first on the strength of back-to-back LPGA victories.

Last week, Park became the first LPGA rookie ever to reach No. 1 in the world, when she dethroned fellow South Korean Ryu So-yeon. 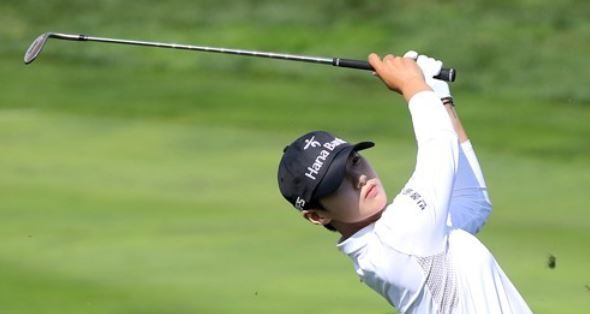 In this file photo taken Oct. 15, 2017, Park Sung-hyun of South Korea hits her second shot at the ninth hole during the final round of the LPGA KEB HanaBank Championship at Sky 72 Golf & Resort`s Ocean Course in Incheon. (Yonhap)
When Feng notched her second straight win at Blue Bay on Saturday, Park tied for third place while Ryu sat out.

In this week's rankings, Ryu has fallen to third, but the top three golfers are only separated by 0.03 point in the rankings. Feng is sitting at 8.46, followed by Park with 8.44 and Ryu with 8.43.

The 2017 LPGA season will wrap up this week at the CME Group Tour Championship.

There are two other South Koreans inside the top 10: Chun In-gee at No. 5 and Kim In-kyung at No. 7. 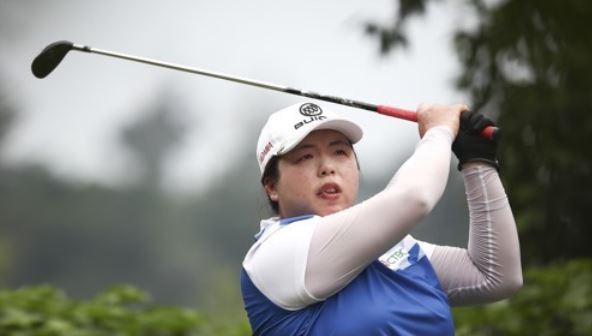 In this Associated Press photo taken Oct. 29, 2017, Feng Shanshan of China tees off at the 14th hole during the final round of the Sime Darby LPGA Malaysia at Tournament Players Club (TPC) in Kuala Lumpur. (Yonhap)
The world rankings evaluate a player's performance over a rolling two-year period weighted in favor of the current year, and an extra emphasis is placed on the most recent 13 weeks. (Yonhap)